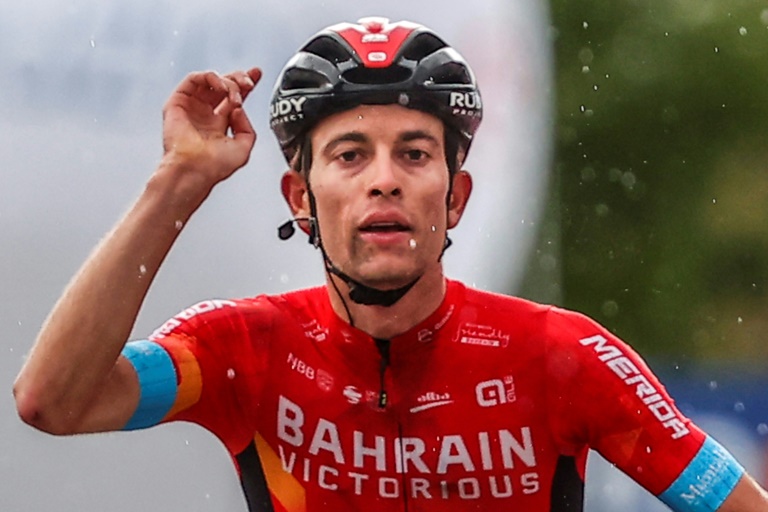 Maeder of the Bahrain Victorious team climbed to victory in Ascoli Piceno, 12 seconds ahead of Colombian Egan Bernal of Ineos after the 160km run from Grotte di Frasassi.

Ireland's Daniel Martin of Israel Start-Up Nation and Remco Evenepoel of Deceuninck were just behind with the same time as Bernal, the 2019 Tour de France winner.

"Yesterday was such a sad day with us losing Mikel Landa," said Maeder, whose teammate, and one of the race favourites, crashed out of the race and faces surgery.

Basque rider Landa, who finished third in the 2015 Giro, broke his collarbone in a fall on Wednesday.

"We decided to ride in his honour today. I managed to do this only because Matej Mohoric was so strong," added Maeder.

"In the finale I was scared to be caught like in Paris-Nice but it's a beautiful win in the end."

Friday's seventh stage runs between Notaresco and Termoli with a possible sprint finish at the end of the 181km.