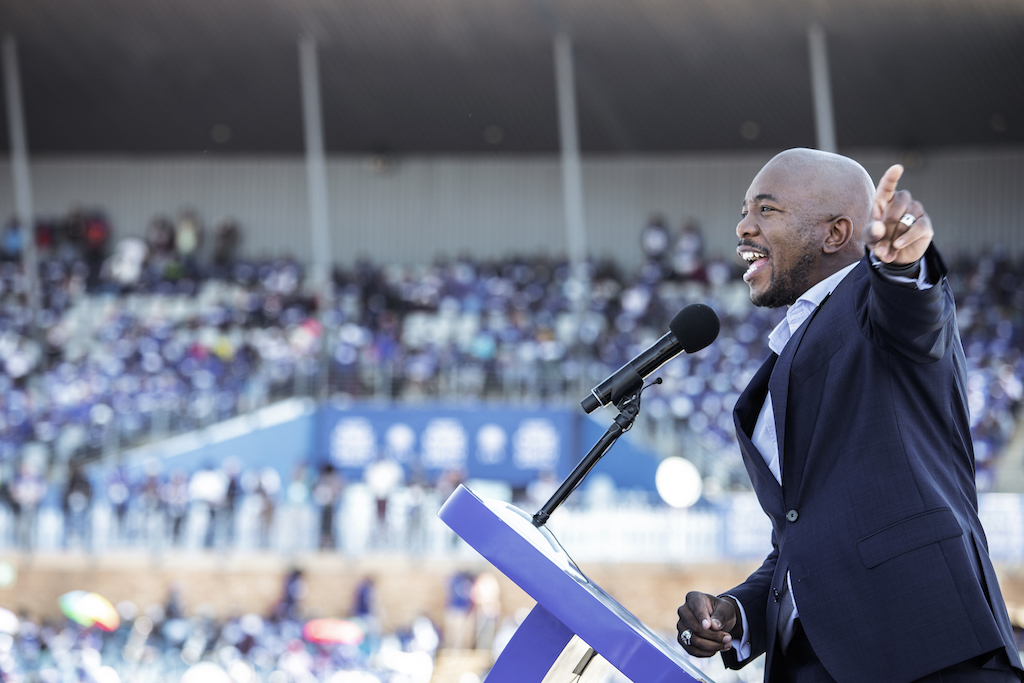 Democratic Alliance leader Mmusi Maimane gestures as he delivers a speech on stage to supporters at Dobsonville Stadium on May 4, 2019 in Soweto, South Africa

JOHANNESBURG – Mmusi Maimane has resigned as leader of the Democratic Alliance.

Maimane made the announcement at a media briefing at the party’s headquarters in Johannesburg on Wednesday.

“I will today step down as leader of the DA. I'll continue my role as parliamentary leader if the party makes that decision until the end of the year.”

His resignation follows that of Herman Mashaba as Johannesburg mayor and from the party.

Maimane was elected leader of the party in 2015 succeeding Helen Zille.

The report was commissioned by Maimane and authored by former DA leader Tony Leon.

The panel recommended training for leaders on how to lead a diverse group of people.