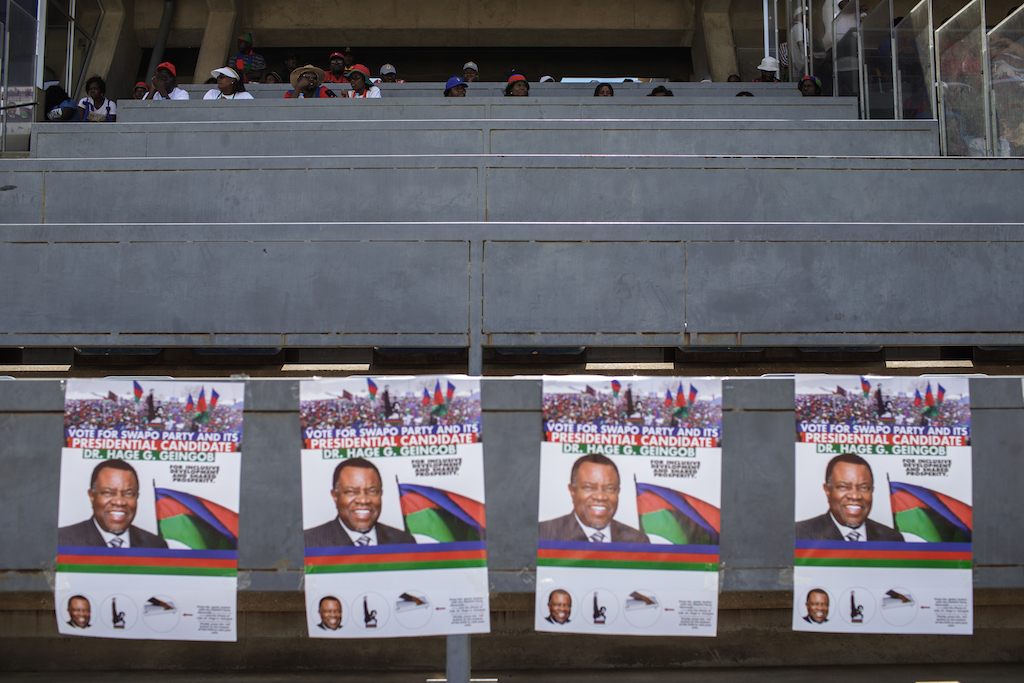 WINDHOEK - Namibia votes in a general election on Wednesday with 11 candidates running for president.

Here are the four frontrunners.

Hage Geingob, the 78-year-old leader of the long-ruling South West Africa People's Organisation (SWAPO), was elected president in 2014 after serving as prime minister for a total of 14 years.

He chaired a 21-member committee that drafted the country's constitution, which came into effect at independence in 1990.

Although Geingob is a member of the minority Damara ethnic group, he has managed to gain the support of Namibia's many ethnic minorities and his long service to SWAPO has also made him popular among the majority Ovambo.

Geingob used this popularity to enlarge parliament and create a vice president position in 2014. His critics have accused him of creating too many unnecessary government positions.

Educated in the US and Britain, he started his career at the United Nations before he entering into national politics.

Former dentist and lawyer Panduleni Itula, 62, is a member of the ruling SWAPO party but chose to stand for president as an independent.

He has refused to resign from SWAPO, insisting it is legal to run as an independent while maintaining party membership.

Analysts believe he poses the greatest threat to SWAPO, which has ruled the country unfettered for nearly three decades.

He could secure a significant chunk of votes from frustrated SWAPO members and his standing alone is a sign of an "internal power struggle" in the party, according to analyst Henning Melber.

Itula has gone to court to challenge the use of electronic voting machines on the grounds that reports of missing machines could affect the credibility of the vote.

Academic and social worker Esther Muinjangue, 57, is the first woman to run for president of Namibia.

From the Herero ethnic group, she is one of the leading figures fighting for reparations for the German-led slaughter of tens of thousands of Herero and Nama people who rose up against colonial rule in 1904-08.

READ: Vote buying has seeped into the EFF: Malema

She was elected leader of the National Unity Democratic Organisation (NUDO) in March, the first time a woman has lead a Namibian political party.

It will be the third time her party has contested an election, and her campaign has hinged on promises to "restore dignity" to Namibians struggling through an economic recession.

McHenry Venaani, 42, candidate of the centre-right Popular Democratic Movement (PDM), is running for president for the second time after securing less than five percent of the vote last time.

At 25, he became Namibia's youngest lawmaker in 2002 for what was then known as the Democratic Turnhalle Alliance (DTA), a proxy party of apartheid South Africa.

Venaani changed the party's name to PDM in 2017 to shed its "colonial" name and spruce up its image, but suspicion about the party remains.

"They have a lot of historical baggage," said Graham Hopwood of Namibian think-tank, the Institute for Public Policy Research.

The party's support base remains narrow.