Commercial plane crash deaths fell by more than 50% in 2019 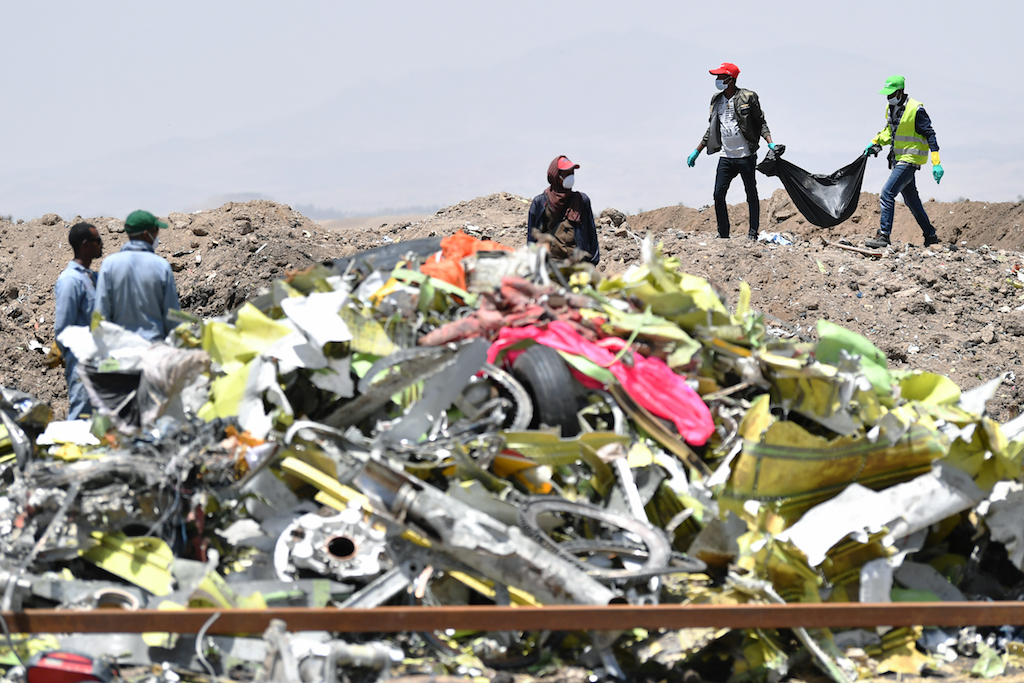 File: The MAX was grounded globally after the Ethiopian Airlines crash in March.

WASHINGTON - The number of people killed in large commercial airplane crashes fell by more than 50 percent in 2019, despite a high-profile Boeing 737 MAX crash in Ethiopia in March.

Aviation consulting firm To70 said there were 86 accidents involving large commercial planes -- including eight fatal incidents -- resulting in 257 fatalities last year. In 2018, there were 160 accidents, including 13 fatal ones, resulting in 534 deaths, the firm said.

READ: After Ethiopia crash, victims’ relatives say they were hounded by US law firms

The fatality numbers include passengers, air crew such as flight attendants and any people on the ground killed in a plane accident

On 23 December, Boeing's board said it had fired Chief Executive Dennis Muilenburg after a pair of fatal crashes involving the 737 MAX forced it to announce it was halting output of its best-selling jetliner.

The 737 MAX has been grounded since March after an October 2018 crash in Indonesia and the crash of a MAX in Ethiopia in March killed a total of 346 people.

The Aviation Safety Network said that, despite the MAX crash, 2019 "was one of the safest years ever for commercial aviation." The 157 people killed in March on Ethiopian Airlines Flight 302 accounted for more than half of all deaths last year worldwide in passenger airline crashes.

Over the last two decades, aviation deaths around the world have been falling dramatically even as travel has increased. As recently as 2005, there were 1,015 deaths aboard commercial passenger flights worldwide, the Aviation Safety Network said.

In 2017, aviation had its safest year on record worldwide with only two fatal accidents involving regional turboprops that resulted in 13 deaths and no fatal crashes of passenger jets.