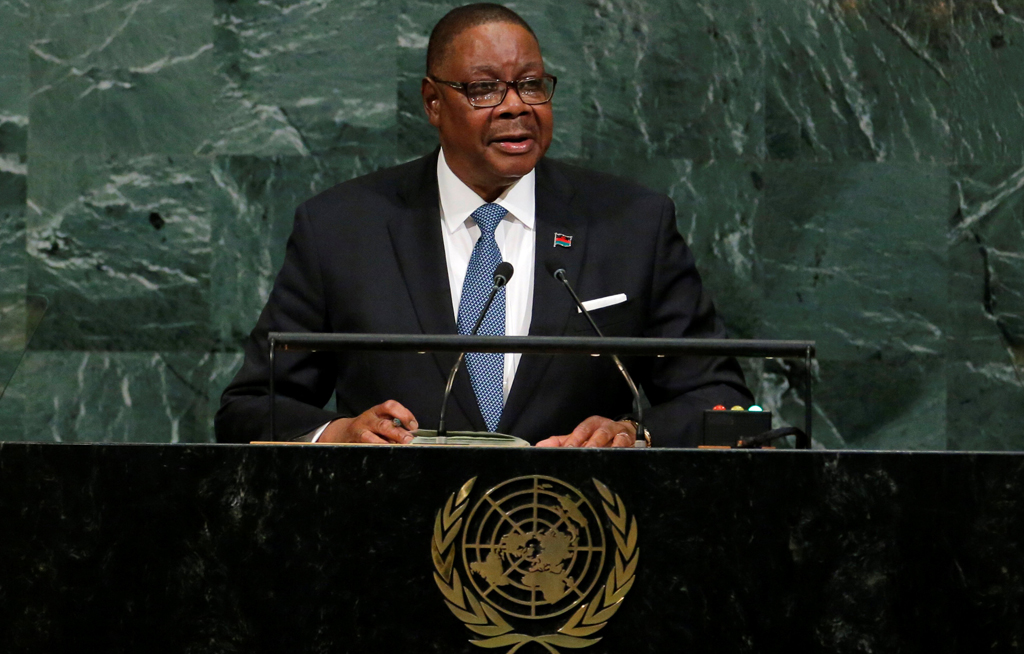 LILONGWE, Malawi - Over the past four months, Malawians have eagerly followed live broadcasts of witnesses presenting evidence to judges of alleged rigging in an election narrowly won by President Peter Mutharika.

For the first time in the southeast African nation's history, the court proceedings were aired on private radio stations.

The testimonies, which ended on Friday, challenge the credibility of the May elections that saw Mutharika narrowly secure a second term with 38.5 percent of the vote.

Runner-up Lazarus Chakwera alleges he was robbed of victory in the ballot, which he lost by just 159,000 votes.

His Malawi Congress Party (MCP) and the opposition United Transformation Movement (UTM) have petitioned courts to annul the poll.

Presidential election results have never been challenged in court since Malawi's independence from Britain in 1964.

The opposition bussed in thousands of supporters to Lilongwe for the occasion. They caused mayhem in the capital, blocking roads and throwing stones at the police.

Protesters have been demanding the resignation of the electoral body chief, and many of the demonstrations turned violent.

As interest in the testimonies spiked, the judges allowed some private broadcasters to live stream the proceedings on radio.

"Judges and lawyers are aware of the interest that the live broadcasts have raised among Malawians here and abroad," Information Minister Mark Botoman said.

In Nthandire, a crowded slum in Lilongwe, it was a common sight to see groups of men glued to their radio sets, following the proceedings late into the night.

"I want to understand how and why the judges would have made the decision," said 42-year old architect Potential Chitsulo.

Various witnesses have testified before the constitutional court since the hearings started in July.

They presented evidence of tampering to a panel of five judges, including altered ballot papers.

The MCP's sixth and final witness, IT expert Daud Suleman, demonstrated how the Malawi Electoral Commission's network and servers were breached and manipulated.

"People are following the case without necessarily going to court," said journalism lecturer Temwani Mgunda, adding that the broadcasts had helped sustain interest in the case.

Gospel Kazako, the owner of Malawi's Zodiak Broadcasting station - the biggest in the country - told AFP the broadcasts had spurred political engagement among the people.

"It reveals to me that Malawians are no longer passive participants of the electoral process," Kazako said.

Avid listeners will now have to wait for the ruling. The constitutional court has 45 days to hand down its verdict.

If judges uphold the fraud allegations, fresh polls could be called within a matter of days, according to former attorney general Ralph Kasambara.

"What would also happen is that the whole electoral process will have to be initiated from scratch," he told AFP.

A popular online activist known as Lord Denning said the court's decision-making process would be "critical".

"No wonder there is an almost unanimous attention towards the court by all Malawians and other non-Malawians alike," the activist also told AFP.