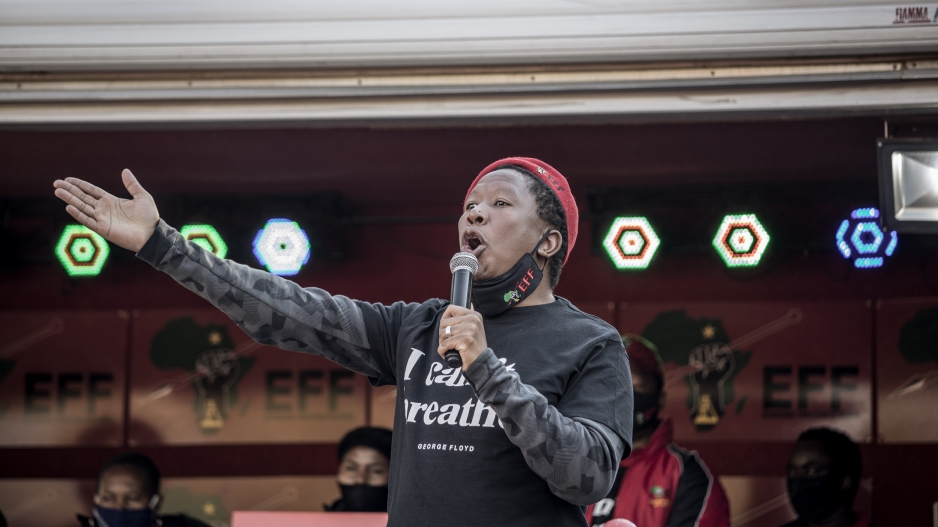 JOHANNESBURG - Economic Freedom Fighters leader Julius Malema is calling for the closure of the Zimbabwean embassy in South Africa.

More than 60 activists in Zimbabwe are either behind bars or in hiding.

READ: Security forces clamp down on anti-govt protests in Zimbabwe

Dozens of thought leaders, including journalists, have been raising the alarm against corruption and the country's weak economy but they have been met with an iron fist from the government, which crippled planned protests on Friday.