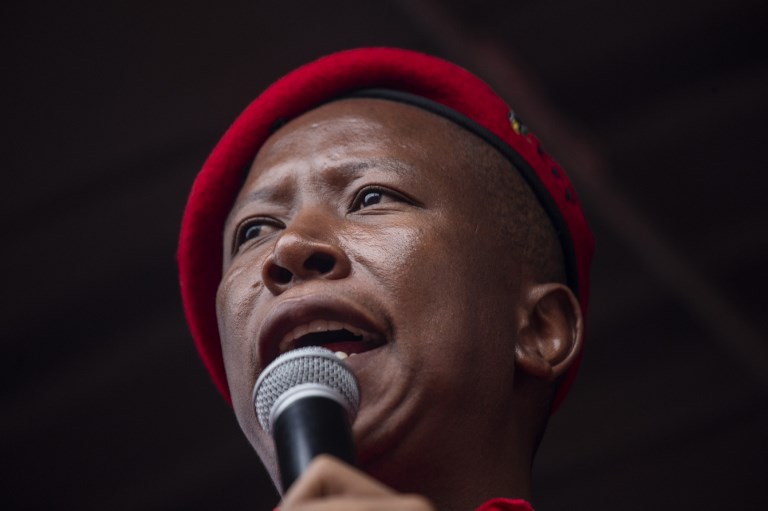 CAPE TOWN - The EFF is on the campaign trail in the Western Cape on Saturday and the party's commander in chief Julius Malema made their position known on many key issues.

Malema spoke lightly of the governing party, saying, "the ANC is no longer the ANC of Nelson Mandela, it is the ANC of Jacob Zuma and Cyril Ramaphosa".

The leader promised to cut the generational curse of poverty and improve working conditions and benefits for people working in all spheres of employment.

Malema took time to speak out against xenophobia and anti-African sentiment among South Africans, saying, "don't glorify these borders".

"I am ashamed today to call myself a South African, the images coming out of Durban make me ashamed. We must unite as Africans.

"We will rather lose SG elections on principle. We must never compromise principle for political expediency.

READ: 6 in every 10 registered voters to vote ANC: Ipsos poll

He finally stated the party would be bringing charges against politicians implicated in corruption, saying, "if you want to see Zuma arrested, vote EFF."