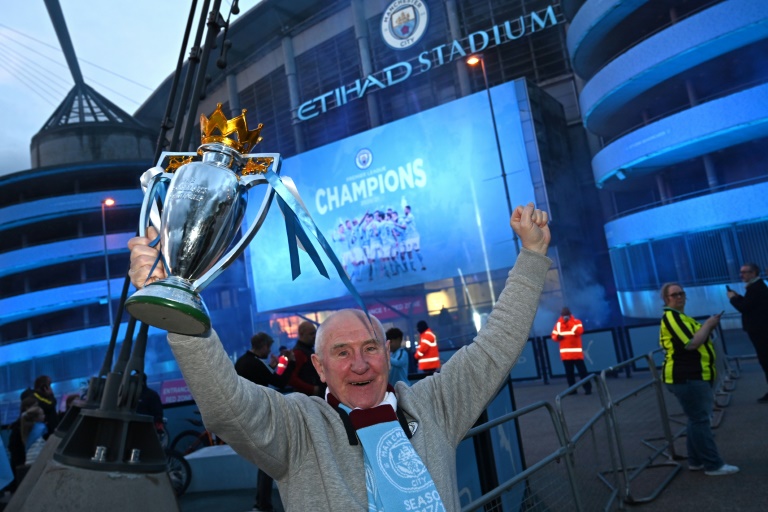 Several hundred City supporters descended on the Etihad to start their title party following the result across Manchester at Old Trafford.

Pep Guardiola's side wrapped up their third Premier League title in four seasons with three games to spare.

Fans are not allowed into Premier League games at present due to the coronavirus restrictions -- a rule which will change next week, in time for around 10,000 City supporters to see the trophy presented at the home game against Everton on May 23.

But in the meantime, the City faithful took to the streets round the Etihad to celebrate, with flares and banners creating a colourful backdrop to the joyous chanting.

City joined the celebrations by unveiling a giant sky blue banner on the outside of the stadium once the final whistle blew in the United game.

It had the slogan: "CHAMPIONS" above a picture of the team celebrating.

Guardiola paid tribute to the City fans for their backing in such a difficult period as the country deals with the Covid-19 fall-out.

"It is so important to say a huge thank you to all our fans. In our toughest moments, we couldn't hear the crowd get behind us as usual, but we know they are with us everywhere we go and that has lifted us," he said.

"I promise them we sense their love, we appreciate it and we could not have done what we have done without it. I hope we can all celebrate together one day not too far away." 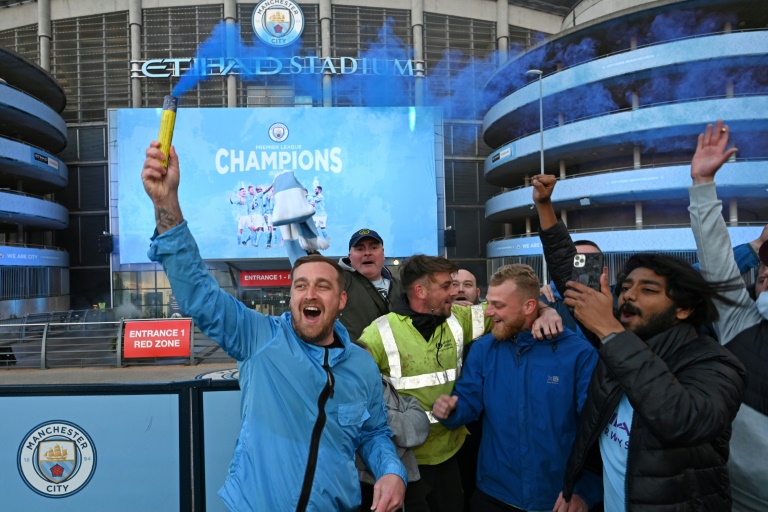 City had already won the League Cup in April and can cap a memorable campaign by winning their first Champions League crown later this month.

They face Chelsea in the final on May 29, with the venue set to be switched from Istanbul to either Portugal or England, ensuring at least some City fans will be able to attend.