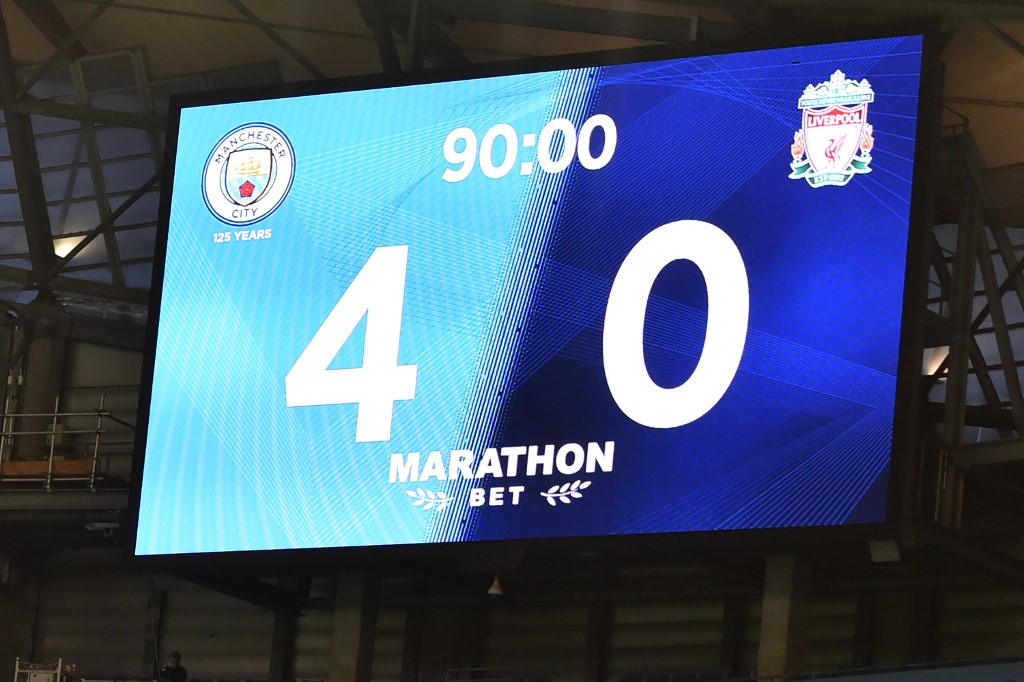 Jurgen Klopp admitted Manchester City are the one side capable of "smashing" his newly-crowned Premier League winners after Liverpool's first match since becoming English champions ended in a 4-0 thrashing at the Etihad.

City sent a warning shot of their intentions to take the title back next season as Kevin De Bruyne, Raheem Sterling and Phil Foden all struck before half-time to inflict just Liverpool's third league defeat in 71 games.

Alex Oxlade-Chamberlain's own goal rounded off a miserable night for Klopp's men, who could have conceded many more in the second half.

The gap at the top of the table between the two remains 20 points, but Liverpool's charge to better a series of records set by City two seasons ago was stalled on a chastening night for the champions.

"I wanted to see a brilliant attitude and I saw that, the boys were really fighting. Nobody was like 'hey I am coming here, we don't care'. We care a lot. That is how it feels, it feels not good and it should not feel like it is," said Klopp.

"If there is a team in the world that can smash us like this it is probably City but we will come again."

City began the evening by giving a guard of honour to their opponents, but showed little respect once the action got underway.

"I saw them in the guard of honour and they were so focused, they didn't even say 'thank you'. That is why they are champions of Europe and the Premier League," said City boss Pep Guardiola.

"They drank a lot of beers in the past week but they arrive here without beers in the blood to compete against us."

The early signs suggested Liverpool would be able to pick off a leaky City defence that has cost them their title.

Mohamed Salah struck the post and Sadio Mane headed wastefully wide as chances came and went for the visitors.

"We had our moments where we were really close to make something," added Klopp. "They used our mistakes, we didn't use their mistakes."

Liverpool's first big error came when Joe Gomez pulled Sterling to the ground inside the area and De Bruyne converted the resulting penalty.

Sterling was suspended by England manager Gareth Southgate after he squared up to Gomez in the canteen on international duty the day after Liverpool's 3-1 win over City at Anfield earlier in the season. 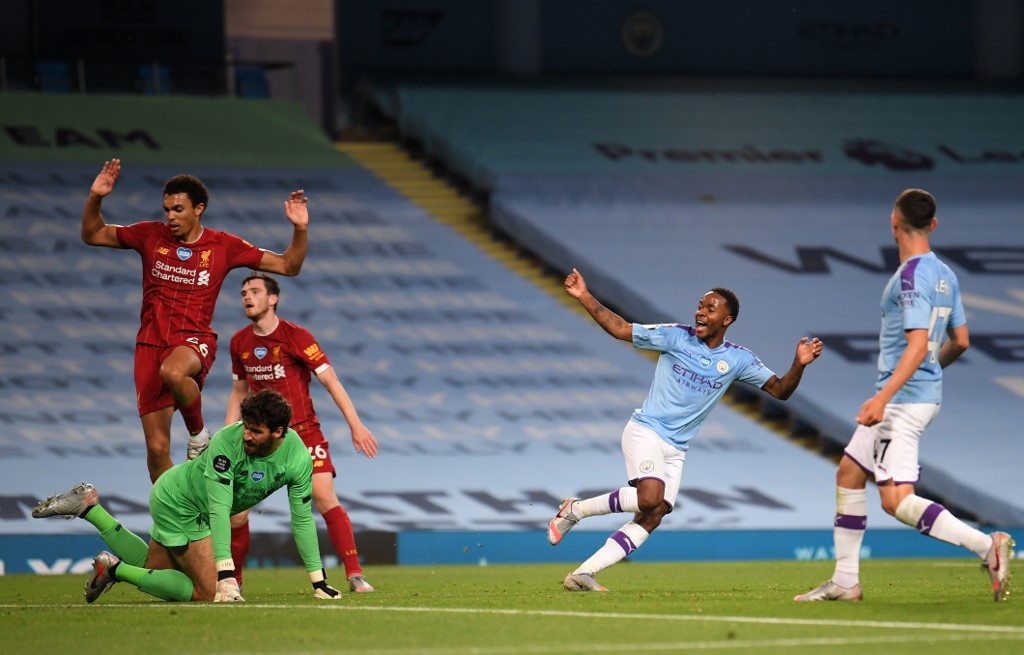 The City forward wisely did his talking on the pitch this time as he scored for the first time in a competitive match against his old side by turning inside Gomez and sending a shot through the defender's legs as Liverpool were caught on the counter-attack.

"We had a test against the current champions to make a point and we did brilliant," said Sterling. "Next season started today and we did well."

Foden has been hugely impressive since the Premier League's restart from a three-month layoff and the 20-year-old combined with De Bruyne for a brilliant one-two to leave Andy Robertson floundering before lifting the ball over the advancing Alisson Becker to make it 3-0.

But for the Brazilian goalkeeper and some wayward finishing, Liverpool could have been on the end of an embarrassing scoreline early in the second half as Gabriel Jesus fired straight at his international teammate, Sterling saw a shot deflected just wide and Virgil van Dijk cleared off the line from Foden.

There was a touch of fortune when City's fourth did arrive as Sterling's shot was heading wide before being turned into his own net by Oxlade-Chamberlain.

Riyad Mahrez had a fifth goal in stoppage time ruled out by a VAR review for handball as City just failed to match the 5-0 scoreline they inflicted on Liverpool at the Etihad in 2017.

But City more than laid down a marker and also showed why they are among the favourites to win the Champions League for the first time when European football returns in August.