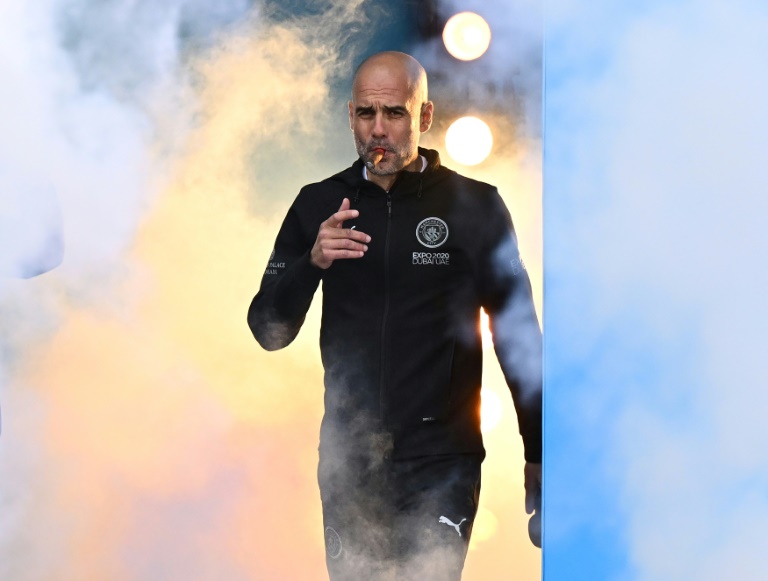 Pep Guardiola joked it had been part of his plan for Manchester City to come from 2-0 down to beat Aston Villa 3-2 to claim the Premier League title as his side paraded the trophy through Manchester on Monday.

Needing to win to hold off Liverpool by a point to win the title, City were trailing 2-0 with 15 minutes remaining before three goals in five-and-a-half manic minutes at the Etihad.

Guardiola kept his post-match promise by puffing on a cigar as he took to the stage at the end of the parade.

City have now four titles in the last five years under Guardiola and six in the last 11 seasons.

"It was the plan, 0-2, calm, calm," Guardiola said with a laugh. "And after we scored it was a great night.

"Everybody knows what has happened is an incredible achievement. This is the toughest league, in six years since we arrived we had four.

"The happiness on all the faces is the greatest reward we can get."

Despite their domestic dominance, the Champions League has remained beyond City despite the billions spent amassing a stellar squad. 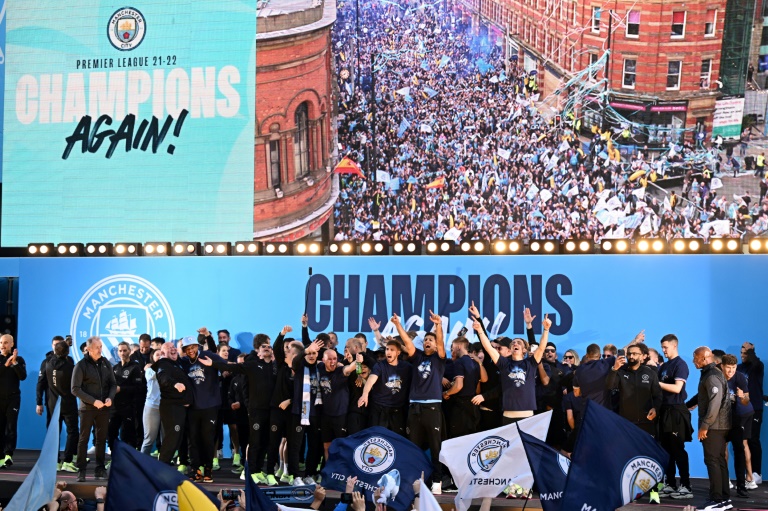 Another heartbreaking exit to Real Madrid in the semi-finals earlier this month could have derailed their Premier League title charge, but they bounced back to take the necessary 10 points from the final four games.

"There was a lot of tension in the last month after (the defeat to Madrid) and a lot of difficult games.

"We never give up and we have to be so proud of the group."

Many of the City squad looked to have spent most of the past 24 hours celebrating their triumph.

Ederson sprayed more than one of the fans clinging to lamp posts with champagne, while Jack Grealish offered to buy everyone on the roadside a shot if they wanted to meet him out in the city later on.

Kevin De Bruyne was far from alone in sporting dark glasses, admitting to being a "little bit drunk".

The Belgian was named the club's player of the year amid the celebrations.

Asked if he thought it was all over at 2-0, De Bruyne said: "For about 10 seconds. Then we just go and we did it. We did it the City way, I would say. Now it feels very sweet."

The event also became a farewell party for club captain Fernandinho, who will return to his native Brazil this summer after nine years and 12 trophies with the club.

"When I look back all of the titles we won are really special."