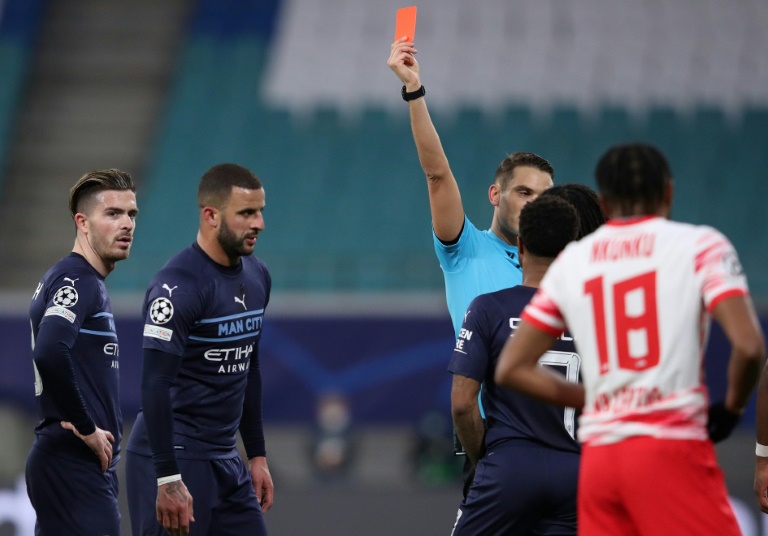 The England right-back was sent off for an ugly foul on striker Andre Silva in the 82nd minute of City's final Champions League group match on December 7.

The suspension, handed down by UEFA's disciplinary body on Friday, rules Walker out of both legs of City's Champions League last-16 tie against Sporting Lisbon.

UEFA branded the challenge as "assault" on their disciplinary charge sheet.

Walker will also miss the first leg of the quarter-final if City beat Sporting, or their first match in European competition next season.

City lost the Leipzig match 2-1 but they were already assured of top spot in Group A, making the 31-year-old's tackle unnecessary.

Walker's ban means Pep Guardiola is now counting the cost of his decision to field a strong side for a dead rubber.

"The red card hurts us, especially for the round of 16. Kyle Walker is an important player for us and is unnecessary to lose him like this. I hope he learns from this," Guardiola said immediately after the Leipzig game.

City face Sporting in the first leg in Lisbon on February 15, with the return leg at the Etihad Stadium on March 9.