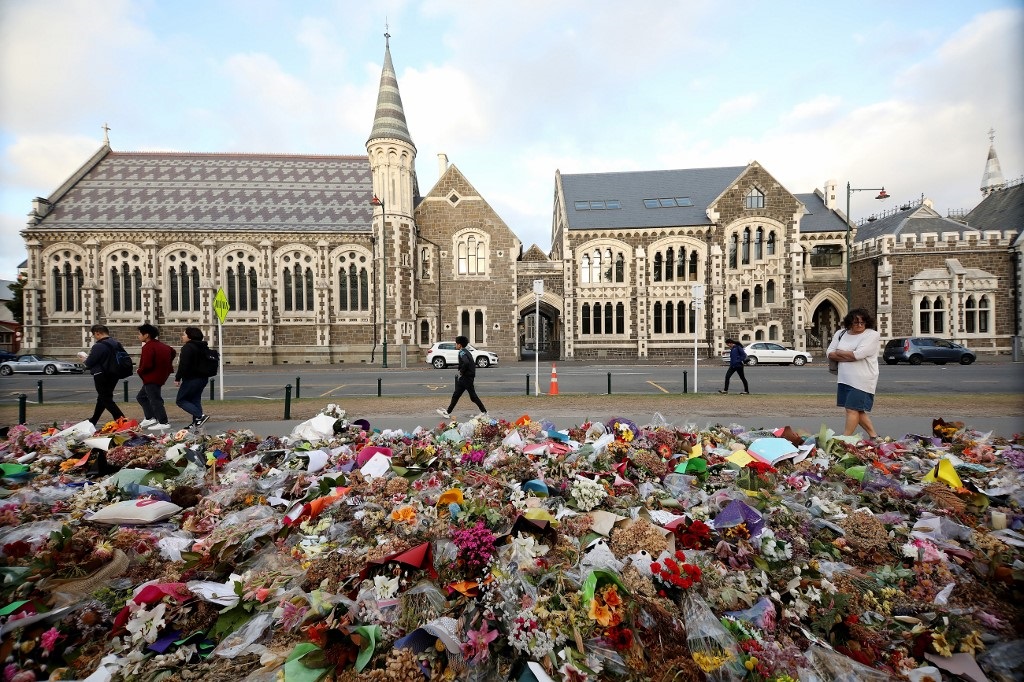 People walk past flowers and tributes displayed in memory of the twin mosque massacre victims outside the Botanical Gardens in Christchurch on March 29, 2019.

WELLINGTON - A New Zealand man was sentenced to 21 months in prison on Tuesday for distributing videos of a massacre at two mosques in the city of Christchurch, media reported.

Arps also shared a video that was modified to add cross-hairs and a body count to the images of the massacre, the broadcaster said.

Christchurch District Court Judge Stephen O'Driscoll said that when Arps was asked for his opinion of the video, he replied it was "awesome", Radio New Zealand said.

"It is clear from all the material before me that you have strong and unrepentant views towards the Muslim community," it quoted O'Driscoll as saying during the sentencing.

New Zealand's government has outlawed the sharing of videos of the massacre, which is punishable by up to 14 years in jail.

A self-described white supremacist, Arps was charged with "offensive behaviour" and fined NZ$800 ($543) in 2016 after he delivered a bloodied pig's head to Al Noor mosque, according to court documents.

The mosque was among the two targeted in the March massacre.

Last week, Australian Brenton Tarrant pleaded not guilty to 92 charges stemming from the massacre in the two mosques and will stand trial in May next year.