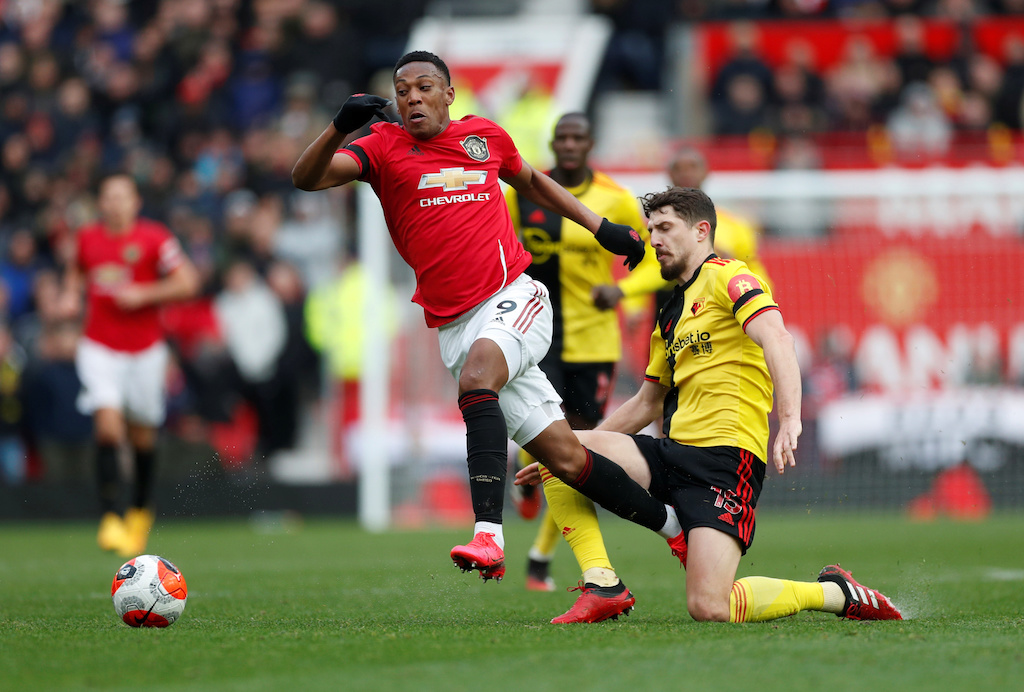 MANCHESTER - Manchester United kept alive their hopes of finishing in the Premier League's top four after goals from Bruno Fernandes, Anthony Martial and Mason Greenwood secured a 3-0 home win over Watford on Sunday.

The result lifted United two places up to fifth on 41 points from 27 games, three behind fourth-placed Chelsea and one ahead of Tottenham Hotspur. Struggling Watford stayed 19th on 24 points.

The home side looked disjointed in the opening 20 minutes but Fernandes converted a 42nd-minute penalty to register his first United goal before Watford had an effort ruled out for handball following a VAR check early in the second half.

United doubled their lead in the 58th minute when Martial picked up his own rebound after Ben Foster blocked his initial attempt, left Etienne Capoue dumbfounded with dazzling footwork and dinked the ball over the keeper.

Greenwood put the icing on the cake with another individual goal of the highest quality in the 75th minute, unleashing a piledriver into the top corner after he found space on the edge of the penalty area.

United fans unfurled a giant banner before the kickoff to honour their former goalkeeper Harry Gregg who died last Sunday at the age of 87. There was a minute's silence for Gregg, a survivor of United's 1958 Munich air crash which killed 23 people including eight of the team's players.