Marquez to return from injury at Portuguese MotoGP 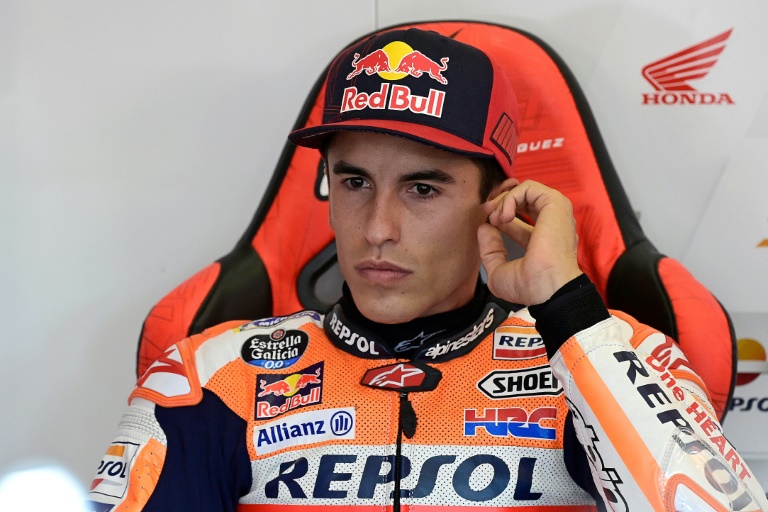 Marc Marquez fractured his right arm when he fell in the first Grand Prix of last season. AFP/Javier Soriano

LISBON - Six-time MotoGP world champion Marc Marquez says he has finally recovered from the injuries that wiped out all of last season and will return at the Portuguese Grand Prix on Sunday week.

"See you in Portimao next week," Honda's Spanish rider posted on Instagram on Saturday.

Marquez fractured his right arm when he fell in the first Grand Prix of last season, an injury that required three bouts of surgery, the last in December.

He returned to training at the beginning of February but was unable to line up for the first two races of the season in Qatar.

"These last nine months have been difficult, with moments of uncertainty, ups and downs. But I am now ready to once again get back to what I love doing!"

His Honda team confirmed their star rider was at last ready to ride.