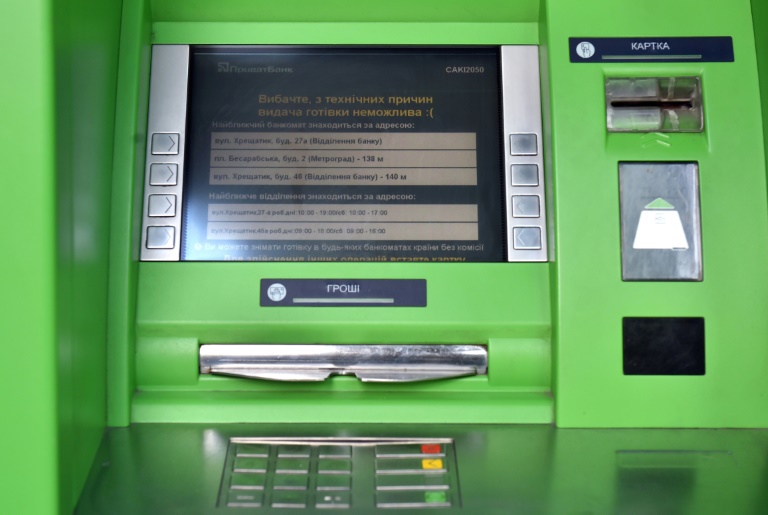 Ukraine has blamed Russians with links to Moscow for previous hits. AFP/Sergei Supinsky

KIEV - A sweeping cyberattack briefly knocked out key government websites in Ukraine Friday amid high-voltage tensions between Russia and the West over Ukrainian security.

The European Union's foreign policy chief Josep Borrell said the bloc was mobilising "all its resources" to aid its ally after the attacks temporarily brought down sites, including those of the foreign ministry and cabinet.

Kyiv said the damage was limited and held back on apportioning blame but the ex-Soviet country has accused Russians with links to Moscow for previous hits on websites and key infrastructure.

"As a result of a massive cyberattack, the websites of the Ministry of Foreign Affairs and a number of other government agencies are temporarily down," a foreign ministry spokesman told AFP.

The foreign ministry website earlier Friday displayed a message in Ukrainian, Russian and Polish warning Ukrainians that their personal data had been compromised.

"All information about you has become public, be afraid and expect the worst," the message read.

The education ministry also said its website had been targeted in a "global" hack overnight while the emergencies ministry site was brought down as well.

Within hours of the initial announcement, the SBU security services said access to most sites had been restored and that the fallout was minimal according to initial estimates.

"The content of sites has not been changed and according to preliminary information no personal data was leaked," the SBU security service said in a statement.

The SBU said access to many of the affected sites had been restored with the remainder to return online "soon".

Kyiv has not yet blamed any individual or entities and Borrell said it was too early "to point the finger at anybody. We don't have proof".

But he added: "You can imagine who did this."