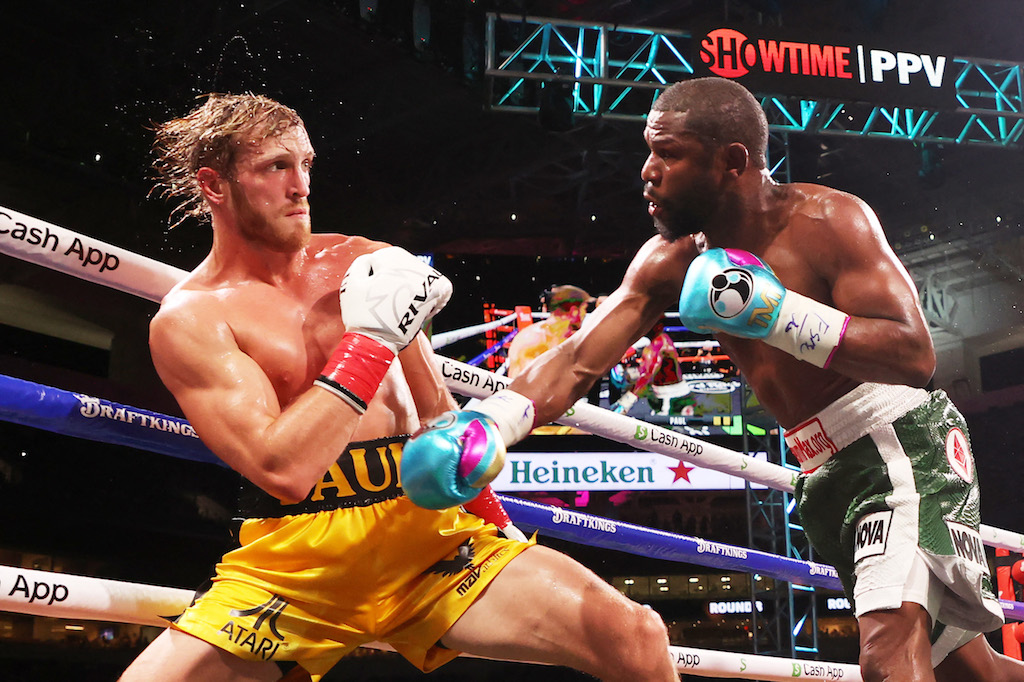 Mayweather, who weighed in at 155 lbs with his opponent tipping the scales at 189.5 lbs, produced a typically slick performance much to the delight of a substantial crowd at the home of the Miami Dolphins.

Intermittent rain throughout the evening failed to put a damper on Mayweather’s first performance since beating Japanese kickboxer Tenshin Nasukawa in December 2018.

READ: Mayweather unfazed by critics ahead of exhibition bout

With the likes of former heavyweight champion Evander Holyfield watching on from ringside, internet sensation Paul, 26, produced a few moments of menace yet no way near enough to trouble Mayweather, who brought an end to his boxing career in 2017 with a record of 50-0 after beating UFC star Conor McGregor in Las Vegas.

This was declared an exhibition rather than a licensed, professional bout which meant there were no judges and the only way to triumph was to stop or knock out the opponent within the eight scheduled three-minute rounds.

Paul, who was taking part in his third fight after two encounters against fellow YouTuber KSI, was predictably outclassed by the 44-year-old Mayweather who barely broke a sweat and delivered a number of punishing blows to stop his American opponent from making any headway.