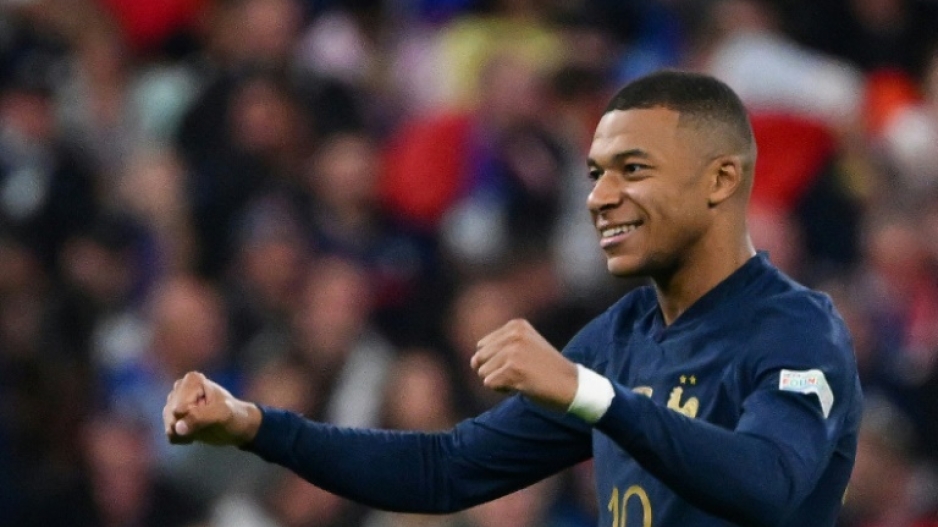 PARIS - Kylian Mbappe admitted he enjoys having more "freedom" when playing for France than he does with Paris Saint-Germain after his superb goal set the World Cup holders on their way to a 2-0 win over Austria on Thursday.

"I play differently here. I am asked to do different things than with my club. I have much more freedom," Mbappe said after the game at the Stade de France, where victory for Les Bleus allowed them to stave off the threat of relegation from the top tier of the UEFA Nations League.

Mbappe's opener was followed by a second goal from Olivier Giroud for a France side who won despite an ongoing injury crisis.

The 23-year-old PSG superstar has to share the limelight at his club with both Lionel Messi and Neymar, with the Brazilian currently their top scorer.

"The coach knows we have a number nine in 'Olive' who keeps the defences occupied. I can run about, find space and look for the ball," added Mbappe.

"With Paris it's different. I can't do that. I am asked to be more of a pivot for the others."

France now play away to Denmark on Sunday and still need to win in Copenhagen to be sure of avoiding dropping down to League B.

If they slip up, Austria will finish above them in Group A1 by defeating Croatia at the same time.

However, the priority in these games is preparing for the World Cup, with France's defence of the trophy starting in just two months.

Coach Didier Deschamps lost a whole team of players to injury before Thursday's match, when both Barcelona defender Jules Kounde and AC Milan goalkeeper Mike Maignan had to come off hurt.

Neither will play against Denmark as a result.

"We have an incredible pool of talent, so even when we are missing important players there are others who can come in and do well," admitted Mbappe.

He celebrated his goal on Thursday by mimicking a photographer, in a nod to the ongoing row over image rights between him and the French Football Federation (FFF).

Mbappe this week refused to take part in a photo shoot and the FFF has since agreed to modify its agreement with players relating to image rights "as soon as possible".

"It wasn't just me, it was something the whole team wanted," Mbappe said.

"I don't mind putting myself in the spotlight if its beneficial for all my teammates, even if it means I get criticised."

He added: "Things are changing and we are very happy."