The EFF's deputy president says while his party is still studying Finance Minister's proposal on transforming the economy, the paper appears to be drafted by consultants. Courtesy #DStv403

The plan proposes reviewing regulations on everything from fuel to banking and suggests ways to get more tourists and immigrants into the country as South Africa battles with a contracting economy.

“We are going to give a detailed response to what appears to be a consultant's contribution on what should be the economic growth in South Africa,” he said.

“We definitely know that there was no internal consultative process that involved provinces and that involved a variety of stakeholders in Cabinet to produce this perspective. It looks like the manner in which the Growth, Employment and Redistribution - GEAR was introduced in 1996.”

“It is a fundamental departure from the NDP [National Development Plan] commitments, form the ANC's manifesto commitments in terms of job creation and economic growth...” he added.

Watch the full interview above

END_OF_DOCUMENT_TOKEN_TO_BE_REPLACED

News in the last 24 hours 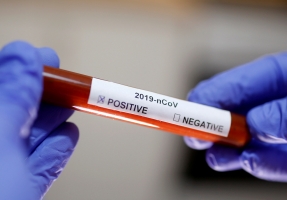