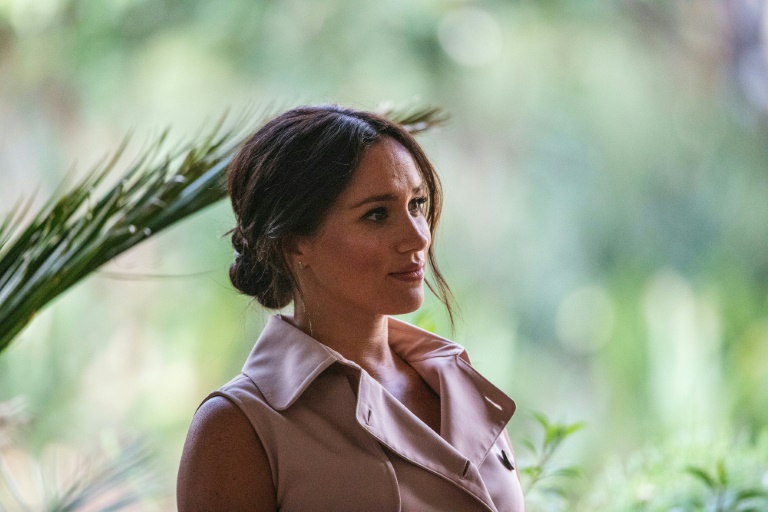 Meghan, the Duchess of Sussex, pictured in Johannesburg in 2019, said she and Harry were "overjoyed" yet "overwhelmed" when Lilibet was born

LOS ANGELES- Meghan Markle called on Wednesday for the United States to provide paid family leave, confessing in an open letter to congressional leaders to feeling "overwhelmed" by the arrival of her daughter.

"I'm not an elected official, and I'm not a politician. I am, like many, an engaged citizen and a parent," Markle wrote in an open letter to House Speaker Nancy Pelosi and Senate Majority Leader Charles Schumer.

The former "Suits" actress, who became the Duchess of Sussex on marrying Prince Harry, has two children with the British royal -- Archie, age two, and Lilibet, who is 20 weeks old.

"Like fewer parents, we weren't confronted with the harsh reality of either spending those first few critical months with our baby or going back to work."

Markle told the Democratic congressional leaders she was writing "as a mom" to advocate for paid leave as the party's lawmakers debate whether the provision will make it into President Joe Biden's sweeping Build Back Better social spending bill.

In what is being interpreted as her most robust public political statement yet, Markle spoke of the "sacred" importance of being able to take Lilibet home after her birth and devote "any and everything to our kids and to our family."

"We knew that by doing so we wouldn't have to make impossible choices about childcare, work, and medical care that so many have to make every single day," she wrote.

Members of the British royal family are expected to stay above the political fray, avoiding partisan positions on the issues of the day.

But Meghan said paid family leave should be "a national right, rather than a patchwork option limited to those whose employers have policies in place, or those who live in one of the few states where a leave program exists."

The United States is one of the only countries in the world that does not guarantee paid leave, a benefit that the White House says is good for business.

The Democrats, who narrowly control both chambers of Congress, are working on finalizing the social spending plan, which looks likely to include up to four weeks of paid family leave, substantially less than the 12 weeks Biden proposed.

"I know how politically charged things can -- and have -- become," Meghan wrote. "But this isn't about Right or Left, it's about right or wrong."

Harry and Meghan stunned the royal family last year when they announced they were stepping back from frontline royal duties.

They moved to Los Angeles, cutting financial ties with the royal family and signing a string of lucrative deals, including with the streaming giant Netflix, and Apple TV+.

Markle is estranged from her father Thomas Markle, who did not attend her wedding and is yet to meet his grandchildren.