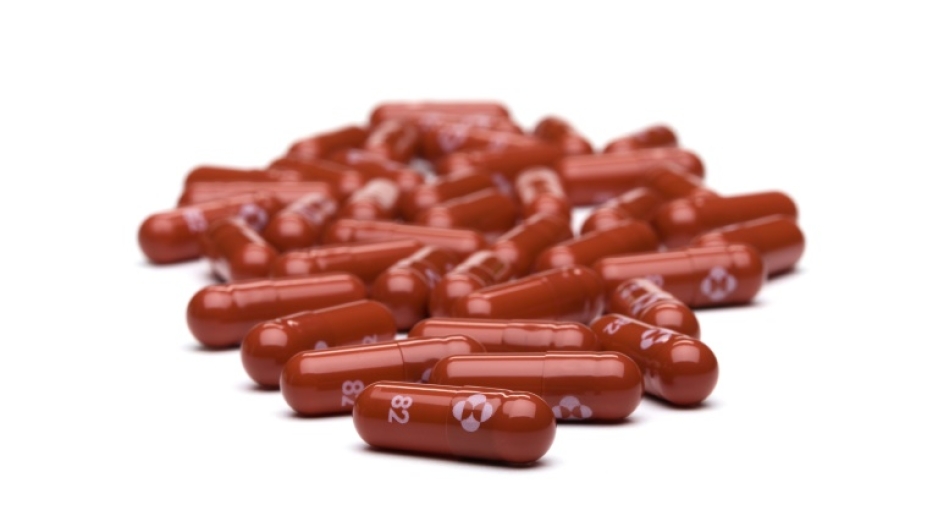 THE HAGUE - The EU's drug watchdog on Friday backed Merck's anti-Covid pill for emergency use ahead of its formal authorisation and started reviewing Pfizer's antiviral treatment as cases soar across Europe.

The two pills by the US pharma giants represent a potentially groundbreaking step in the fight against coronavirus as studies show they cut the risk of hospitalisation and death in high-risk patients.

The European Medicines Agency (EMA) said that while the Merck pill was not yet approved, it had "issued advice" so that individual countries in the 27-nation EU could decide whether to use it in case of a surge in infections.

"The medicine, which is currently not authorised in the EU, can be used to treat adults with Covid-19 who do not require supplemental oxygen and who are at increased risk of developing severe Covid-19," the EMA said in a statement.

"EMA issued this advice to support national authorities who may decide on possible early use of the medicine prior to marketing authorisation, for example in emergency use settings, in light of rising rates of infection and deaths due to Covid-19 across the EU."

The Merck pill should not be used by pregnant women or women who are not using contraception and could get pregnant, the EMA said.

"These recommendations are given as laboratory studies in animals have shown that high doses of (the Merck pill) can impact the growth and development of the foetus," it added.

The pill should be given as soon as possible after Covid symptoms start, at the latest within five days. It should then be taken for five days, the EMA said.

The Amsterdam-based watchdog says it hopes to decide on formal approval for the Merck pill, also known as molnupiravir, by the end of the year.

Separately the EMA said it had started a review of Pfizer's pill so that it could give similar advice.

"EMA is reviewing currently available data on the use of Paxlovid, an oral treatment for Covid-19 developed by Pfizer," the EMA said.

A full "rolling review" for formal approval is expected to start next week, but the EMA said it wanted to be able to help national authorities "in the shortest possible timeframe".

Trials show both pills are particularly effective in treating newly-infected high-risk patients when given within days of the onset of the disease.

They are both cheaper and easier to administer than other antivirals which need to be taken intravenously, and also cheaper than vaccines to make, with a simpler supply chain.

Merck's pill decreases the ability of the coronavirus to multiply by increasing the number of mutations in its genetic material (or RNA).

The Pfizer pill uses a different method, belonging to a class of antivirals called "protease inhibitors", which block the action of an enzyme that is critical to viral replication.

It is a combination of a new molecule, PF-07321332, and HIV antiviral ritonavir.

Europe has been searching for whatever methods it can to curb a fourth wave of Covid cases that has already prompted several countries to tighten restrictions.

The EMA warned on Thursday that countries should "close the gap" on vaccinations as many of those in hospitals were unvaccinated.