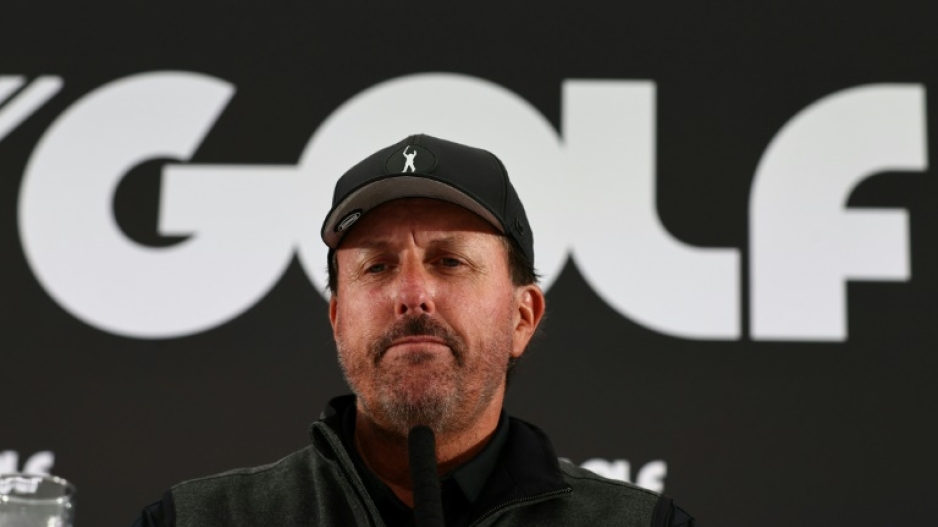 The Saudi-backed LIV Series stages its first event in Asia this week and on Wednesday announced a deal to have tournaments co-sanctioned by the MENA (Middle East and North Africa) Tour and awarded Official World Golf Ranking (OWGR) points.

The OWGR has not announced whether points will now be awarded to LIV events, starting with this week's tournament in Bangkok.

But Mickelson, whose departure from the US PGA Tour helped kickstart the big-money LIV series, said it was in the ranking body's interests to do so.

"I think for the World Golf Rankings, this is a great way to keep its credibility, while not bringing politics into the decision-making process," the 52-year-old left-hander said on the eve of the LIV's Bangkok Invitational.

LIV has already staged five events but without any ranking points awarded for its players -- including British Open champion Cameron Smith and former world number one Dustin Johnson.

Mickelson, Smith and Johnson are all competing at the new Stonehill course outside the Thai capital for a share of $20 million, with $4 million up for grabs for the winner, easily the largest purse for a golf tournament in Asia.

A host of top players have joined the series, plunging golf into bitter civil war as the US PGA Tour and the Europe-based DP World Tour have scrambled to hold on to talent while the Asian Tour, and now the lesser-known MENA Tour, have aligned themselves with LIV.

Only the top 50 players in the world  qualify automatically for the four majors, so top names have been concerned about slipping down the rankings.

But Mickelson said he had no worries that LIV events would be given points appropriately.

"The reason I'm not concerned is that the number of points are based on the quality of the field and not the organisation that's running the tournament, and the quality of our field is remarkably strong," he said.

"I'm sure for the world golf rankings to maintain their credibility, they'll continue to award the proper number of points that the tournaments deserve for all tours."

US players who have signed up to LIV Golf have been indefinitely suspended from the PGA Tour, while the DP World Tour has issued fines and short-term bans.

LIV has announced plans to expand from eight events this year to 14 in 2023, with players competing for $405 million in prize money.