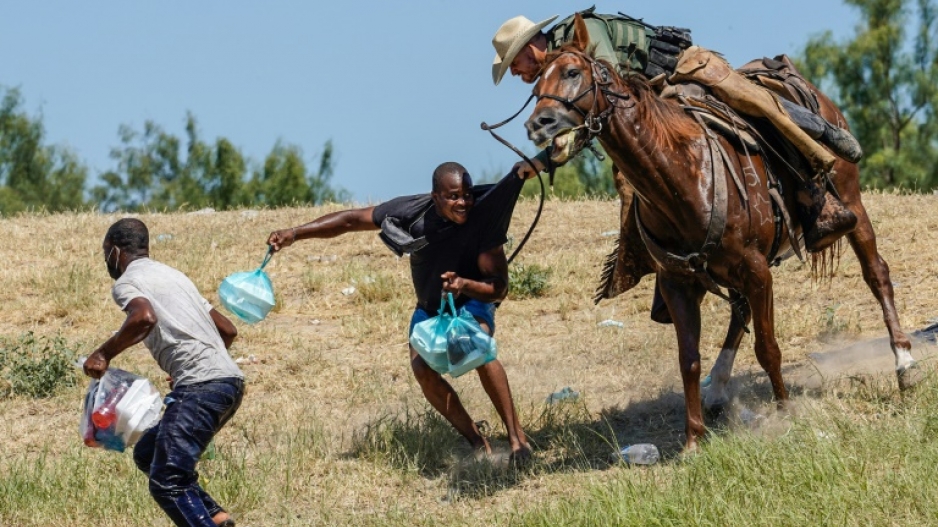 PORT-AU-PRINCE - Haiti's leader told the UN Saturday that migrants would continue to try to reach more prosperous countries despite disturbing images of Haitians being detained on arrival in the United States.

"In recent days, the images of the treatment of several of my compatriots on the border between Mexico and the United States have shocked more than one," acting Prime Minister Ariel Henry said in a pre-recorded video speech to the General Assembly.

"Without wishing to contest the right of a sovereign state to control the accession of foreigners to its territory, or to send them back to their country of origin those who enter it illegally, we believe that many now prosperous countries have been built by successive waves of migrants and refugees," he added.

Tens of thousands of migrants, mostly Haitians, have arrived in Texas at the border between Mexico and the United States since early September.

Violent scenes of US border guards on horseback confronting the migrants this week drew widespread criticism against Joe Biden's administration.

"This problem of migrants must remind us that human beings, fathers and mothers, will always flee misery and conflicts, and seek to fine better living conditions for their children," Henry said.

"Migration will continue as long as there are areas of prosperity on our planet while most of the world population lives in precariousness, sometimes extreme, with no prospect of a better life," he added.