Millions of Americans are jobless, yet firms struggle to hire 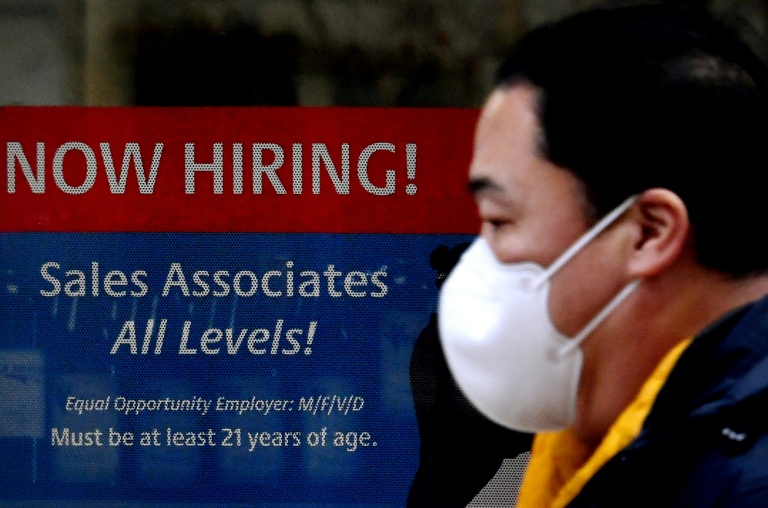 As the US economy recovers from the worst of the COVID-19 pandemic, job openings are prevalent, but applicants are less so. AFP/Olivier Douliery

NEW YORK - More than a year into the COVID-19 pandemic, millions of American remain jobless, but even as the economy reopens some employers are finding hiring an unexpected challenge.

From fears of being infected with the coronavirus to trouble finding childcare to the lure of generous unemployment benefits, some jobless Americans are holding off on re-entering the workforce.

"It's a paradox for the COVID-19 crisis," said Gregory Daco, chief US economist at Oxford Economics. "We have, and risk having over the coming months, an imbalance between job openings and demand."

The US economy has begun to recover as COVID-19 vaccines allow businesses to return to normal, and companies are starting to recruit to meet growing demand.

But not all unemployed workers are ready to return to their jobs, analysts say.

A quarter of the US population is fully vaccinated, well ahead of Europe and many other major economies, but three-quarters of the country nonetheless remains at risk of contracting COVID-19.

The COVID-19 pandemic destroyed 22 million jobs in the world's largest economy, of which more than half, 14 million, have been restored.

However, nearly 17 million people are still receiving government unemployment aid, including self-employed workers, and many are working part-time because they cannot find full-time work.

But Daco said worker shortages are being seen across multiple sectors, including some of those hardest hit by the waves of layoffs, like retail, food service, hospitality and entertainment.

In a survey of US businesses conducted between late February and early April, the Federal Reserve noted "hiring remained a widespread challenge, particularly for low-wage or hourly workers, restraining job growth in some cases."