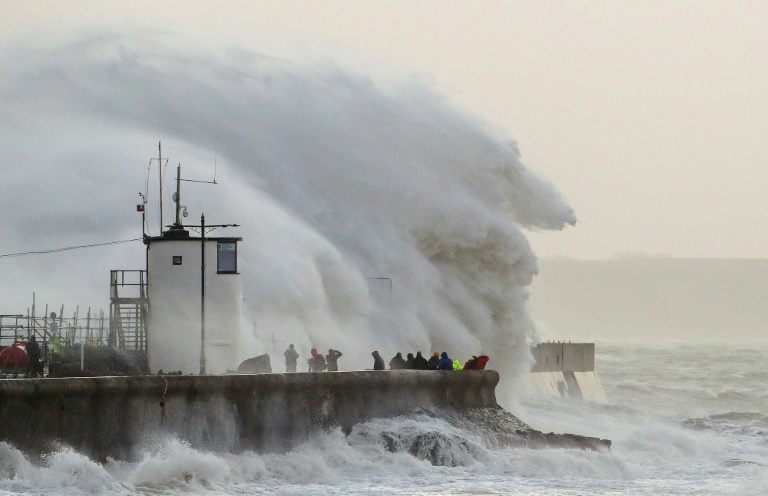 LONDON - Millions hunkered down as Storm Eunice pummelled Britain with record-breaking winds on Friday, leaving the streets of London eerily empty and disrupting flights, trains and ferries across Western Europe.

The UK capital was placed under its first-ever "red" weather warning, meaning there is "danger to life". The same level of alert was in place across southern England and South Wales, where schools were closed and transport paralysed.

Eunice knocked out power to 80,000 homes and businesses in Ireland and more than 5,000 in Cornwall and Devon, southwest England, as towering waves breached sea walls along the coast.

One wind gust of 196km/h was measured on the Isle of Wight off southern England, "provisionally the highest gust ever recorded in England", the Met Office said.

A large section of the roof on the Millennium Dome in southeast London was shredded by the high winds, while all trains in Wales, western England and Kent in southeast England were cancelled. 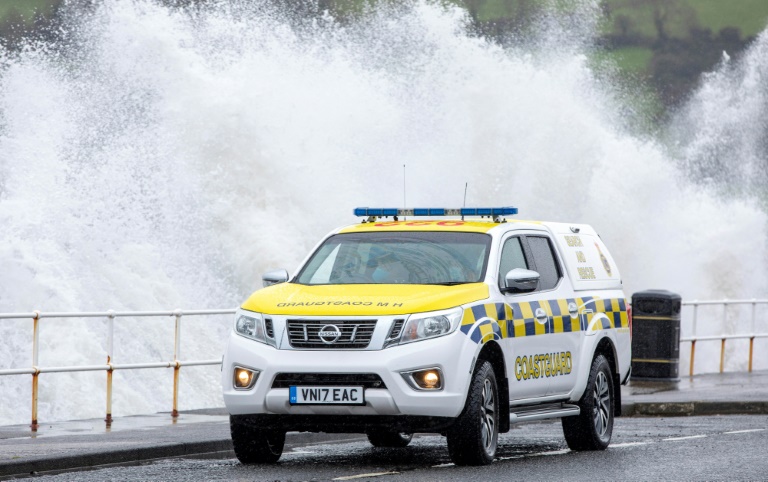 Waves crash over the sea wall as a coastguard vehicle keeps watch at Ballygally, Northern Ireland

Eunice accrued potency in a "sting jet", a rarely seen meteorological phenomenon that brought havoc to Britain in the "Great Storm" of 1987, and sparked a red alert also in the Netherlands.

High waves battered the Brittany coast in northwest France. Long-distance and regional trains were being gradually halted in northern Germany, while warnings were also in place in Belgium, Denmark and Sweden.

Ferries across the Channel, the world's busiest shipping lane, were cancelled, as were flights from northern Europe's aviation hubs. Hundreds were cancelled or delayed at Heathrow and Gatwick in London, and Schiphol in Amsterdam.

One easyJet flight from Bordeaux endured two aborted landings at Gatwick before being forced to return to the French city.

Prime Minister Boris Johnson, who has placed the British army on standby, tweeted: "We should all follow the advice and take precautions to keep safe."

The Met Office warned that roofs could be blown off, trees uprooted and power lines brought down across southern Britain. Widespread delays and cancellations were reported on bus and ferry services, with high bridges closed to traffic.