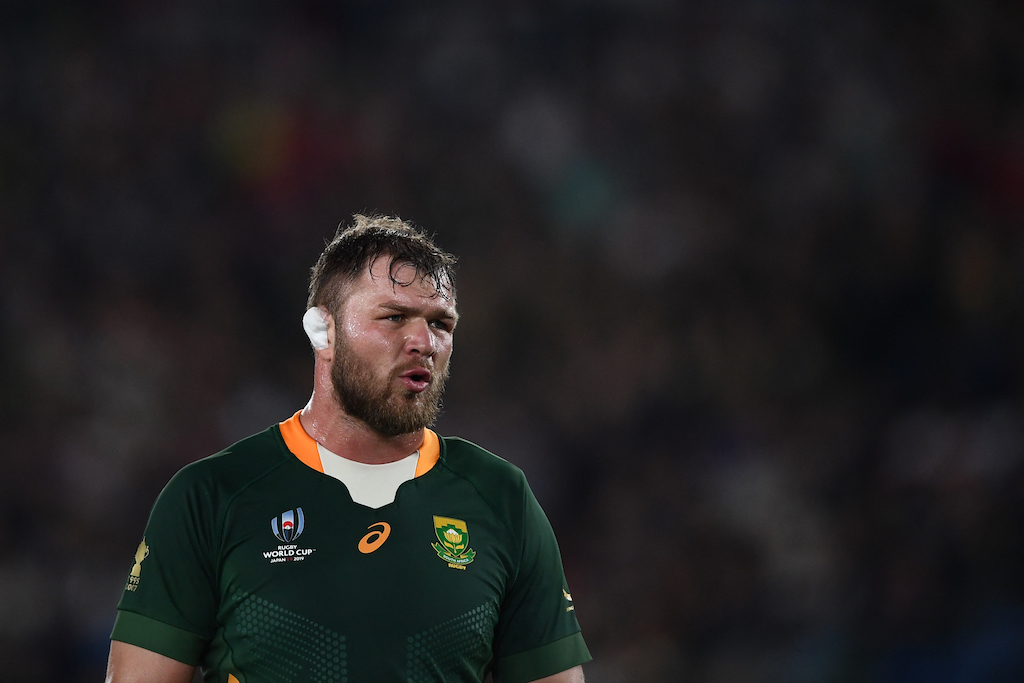 The back-row forward underwent surgery two months ago after being hurt in a domestic match and was written off as a possible starter in the three-Test series against the British and Irish Lions.

But the number eight joined the camp on Sunday amid speculation as to what role he may play in the series-deciding third Test against the tourists in Cape Town on Saturday.

With flanker and 2019 World Rugby Player of the Year Pieter-Steph du Toit nursing a shoulder injury, there have been suggestions that Vermeulen could start, or be on the bench.

If the third Test has come too soon for Vermeulen and he could be  deployed to offer guidance and assistance with training and analysis.

Head coach Jacques Nienaber has ruled out selecting the 2019 Rugby World Cup winner if there is the slightest doubt about his fitness.

"We will never risk a player who is not 100 percent fit, but he brings experience to the squad and it will be great to have him with us," he said.

Before flying from his Pretoria home to Cape Town at the weekend, Vermeulen underwent weeks of intense rehabilitation at his franchise, the Bulls.

Davids said the presence of Vermeulen, who turned 35 last month, had an immediate positive impact on the camp.

"It is really fantastic to have Duane back with the group and he joined our training session today," he told an online news conference.

"He has already been part of our review sessions. We will hopefully have more details about his injury tomorrow."