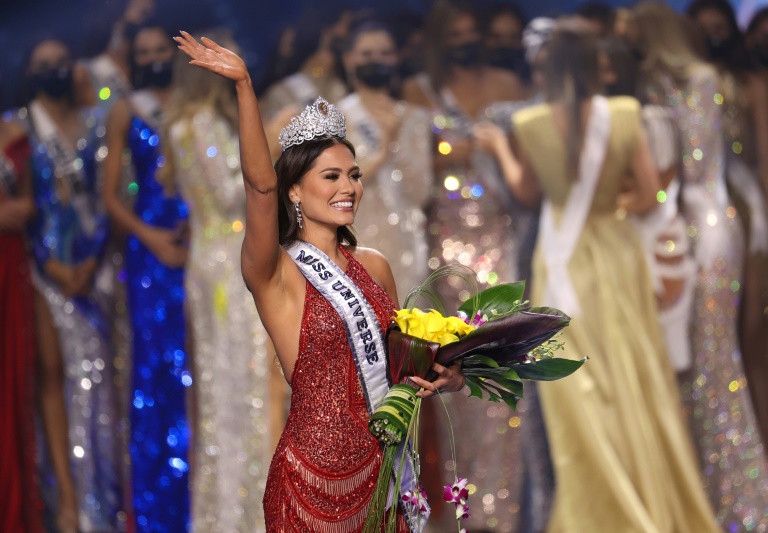 WASHINGTON - Miss Mexico was crowned Miss Universe on Sunday in Florida, after fellow contestant Miss Myanmar used her stage time to draw attention to the bloody military coup in her country.

Sunday night marked the Miss Universe competition's return to television, after the pageant was cancelled in 2020 for the first time due to the coronavirus pandemic.

Former Miss Universe contestants Cheslie Kryst, Paulina Vega and Demi-Leigh Tebow (who won the title in 2017) served as competition analysts and commentators, and a panel of eight women determined the winner. 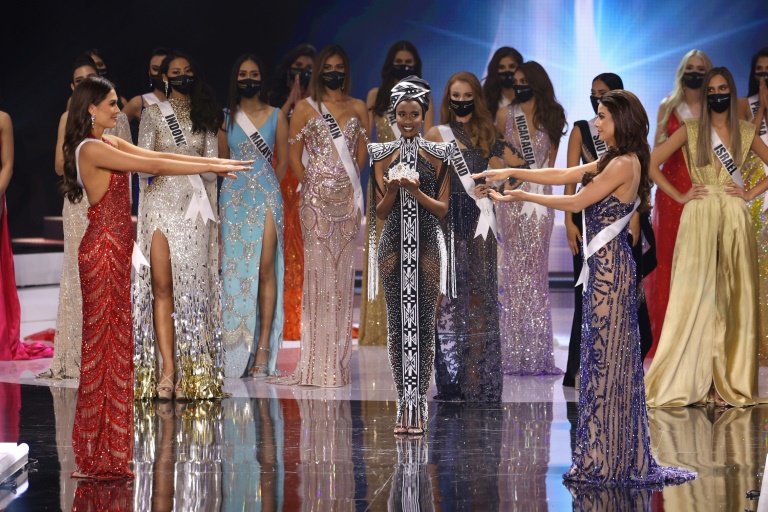 Dressed in a sparkling red evening gown, Meza tearfully walked the catwalk as Miss Universe for the first time, before rushing back for a group hug with the other competitors.

Meza beat more than 70 contestants from around the globe in the 69th installment of Miss Universe, which was held at the Hard Rock Hotel & Casino in Hollywood, Florida.

In the days leading up to the final competition, Miss Myanmar Thuzar Wint Lwin, who made the top 21, made waves when she used her time in the spotlight to bring attention to the coup in her country.

"Our people are dying and being shot by the military every day," she said during her biographical video, which showed photos of her taking part in the anti-coup protests. "Therefore I would like to urge everyone to speak out about Myanmar." 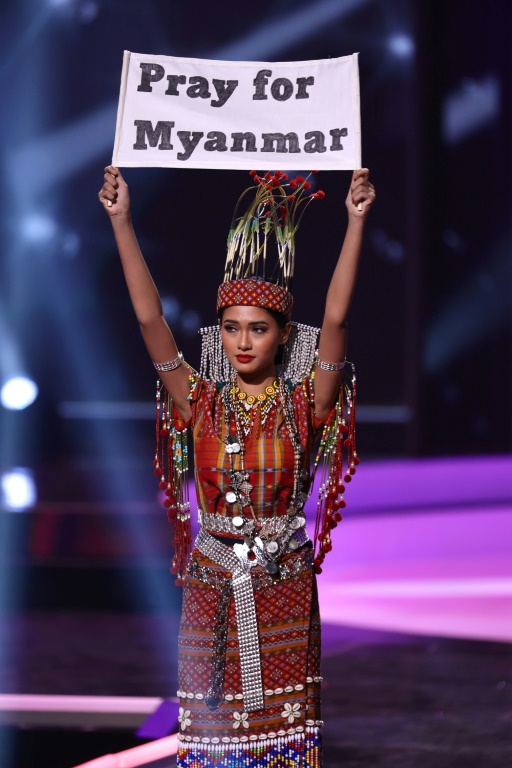 Miss Myanmar Thuzar Wint Lwin (pictured May 13, 2021) wore an outfit beaded in traditional Burmese patterns and held up a sign that said, "Pray for Myanmar" during the national costume portion of the Miss Universe pageant

She also won the award for best national costume: during that competition segment on Thursday, she wore an outfit beaded in traditional Burmese patterns and held up a sign that said, "Pray for Myanmar."

Myanmar has been in uproar since February 1, when the army ousted civilian leader Aung San Suu Kyi.

At least 796 people have been killed by security forces since then, according to a local monitoring group, while nearly 4,000 people are behind bars.

Miss Singapore Bernadette Belle Ong -- who did not make the top 21 -- also used the national costume portion to make a political statement.

Dressed in a glittering red bodysuit and matching thigh-high boots, she turned around to reveal her cape -- in the colors of the Singaporean flag -- was painted with the words "Stop Asian Hate." 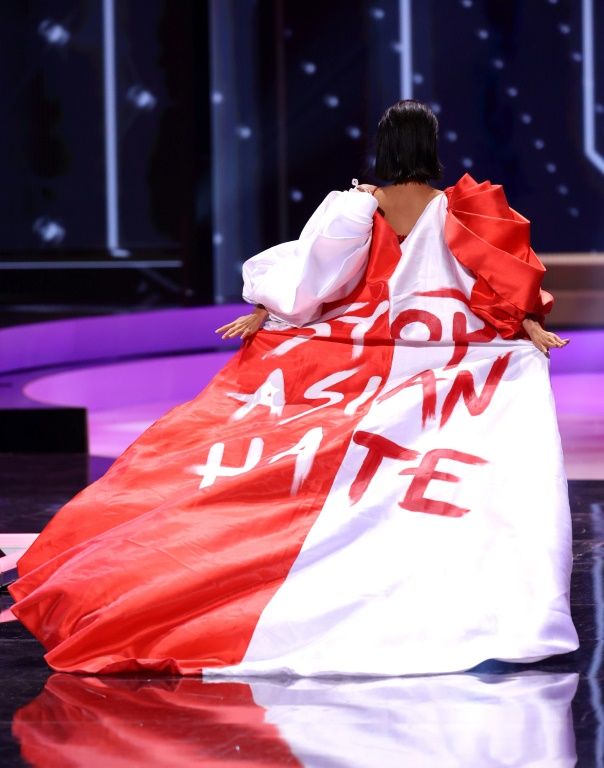 "What is this platform for if I can't use it to send a strong message of resistance against prejudice and violence?" she wrote on Instagram alongside pictures of her outfit.

The United States in particular has seen a surge in anti-Asian violence in the past year, which activists have blamed on former president Donald Trump's rhetoric, especially his repeated description of Covid-19 as the "China virus."

The pageant has also drawn criticism in the past for objectifying the contestants.

In recent years, the competition has shifted image, focusing more on female empowerment and activism.