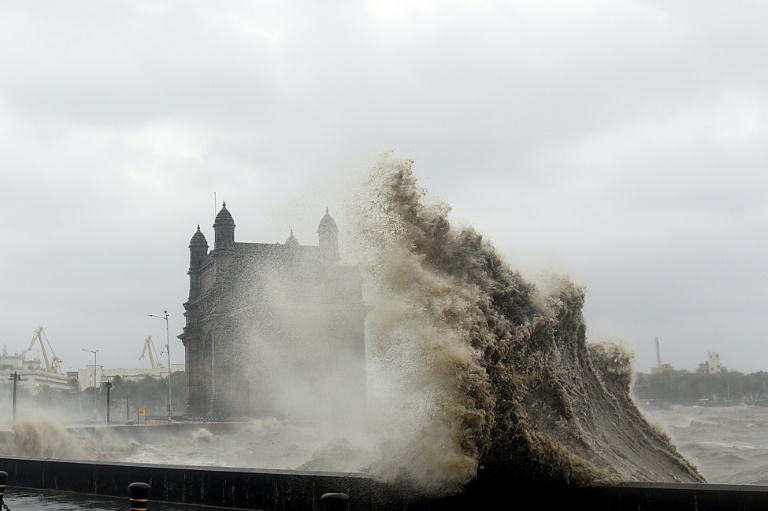 MUMBAI - A major cyclone packing ferocious winds and threatening a destructive storm made landfall in western India on Monday, disrupting the country's response to its devastating COVID-19 outbreak.

At least 12 people died over the weekend and on Monday in torrential rains and winds as Cyclone Tauktae, according to press reports the biggest to hit western India in 30 years, swept over the Arabian Sea with Gujarat state in its sights.

The cyclonic system has been packing winds of 155 to 165 kilometres per hour, gusting up to 185km/h, the Indian Meteorological Department said.

It warned of storm surges of up to four metres high in some of Gujarat's coastal districts.

The colossal swirling system visible from space has exacerbated India's embattled response to a huge coronavirus surge that is killing at least 4,000 people every day and pushing hospitals to breaking point.

In waterlogged and windswept Mumbai, where authorities on Monday closed the airport and urged people to stay indoors, authorities shifted 580 Covid patients "to safer locations" from three field hospitals.

Six people died and nine were injured as the storm lashed Maharashtra state, of which Mumbai is the capital, the chief minister's office said.

Two navy ships were deployed to assist in search and rescue operations for a barge carrying 273 people "adrift" off Mumbai's coast, the defence ministry added in a statement.