Morocco 'breathing again' as tourists back after Covid shutdown 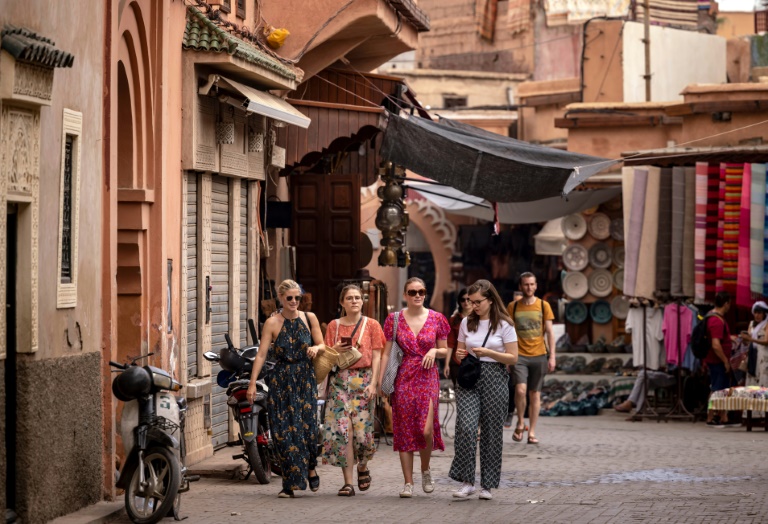 Tourists walk in the old city of Marrakesh, the city at the foot of the High Atlas mountain range

The ancient southern city, famous for its views of graceful red buildings set against palm trees and snow-capped mountains, has long drawn visitors including celebrities from Madonna to Yves Saint Laurent.

But it was particularly hard hit by a two-year collapse in tourism that saw arrivals to the North African kingdom plummet to just a third last year from 2019.

For Youssef, taking a break from playing his oboe-like "ghaita" pipe before the seemingly mesmerised serpent, "it's such a pleasure to be back here after these slow, painful months".

Tourism -- which accounts for some seven percent of Morocco's economy and creates hundreds of thousands of formal and informal jobs -- was battered by Morocco's tight restrictions during the pandemic. 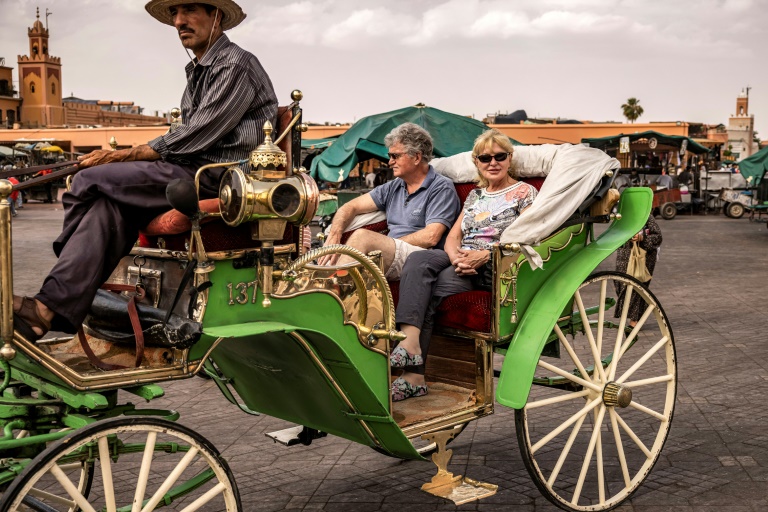 "We're not back to pre-pandemic levels but the situation has been improving over the past month," said salesman Abdellah Bouazri, after serving an Argentinian customer in a Boca Juniors football top.

Bouazri, 35, said the coronavirus had forced him to temporarily abandon his shop and find alternative work as a security guard.

The father of two was one of many in the beleaguered industry forced to find an alternative income -- including many informal workers without contracts or social security.

But he said he was optimistic about the future: "It has been hard, but today I'm delighted to be going back to my real job."

Morocco this week reopened land borders with the Spanish enclaves of Ceuta and Melilla, two years after they were shut due to Covid and a major diplomatic row. 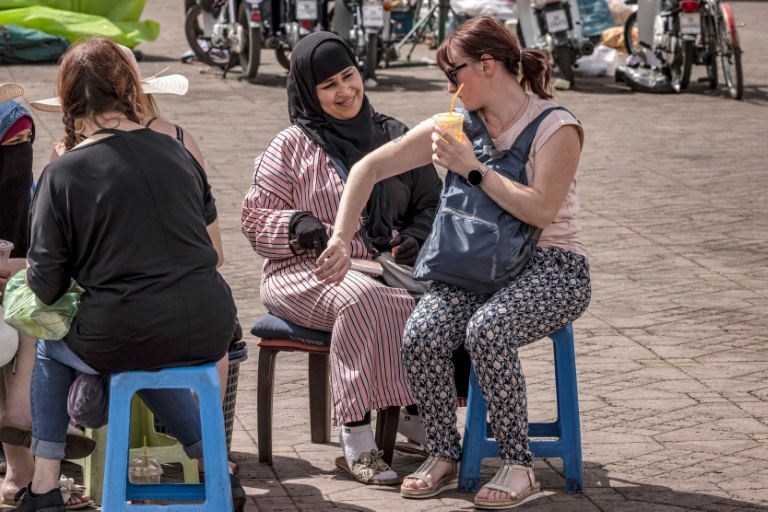 That was the latest step in a slow recovery for the tourism sector, backed by the government which has launched a two billion dirham (190 million euro) support fund, on top of 95 million euros it released to prop up hotels.

"The recovery might be underway, but it's incomplete," said the FNIH national hotels federation's chief Lahcen Zelmat.

According to the tourism ministry, Morocco last year earned some 3.2 billion euros in tourism revenue -- less than half the figure for the year before the pandemic.

But revenue in the first quarter was up by 80 percent on last year, according to official figures, and the finance ministry predicts a "more favourable outlook for 2022". 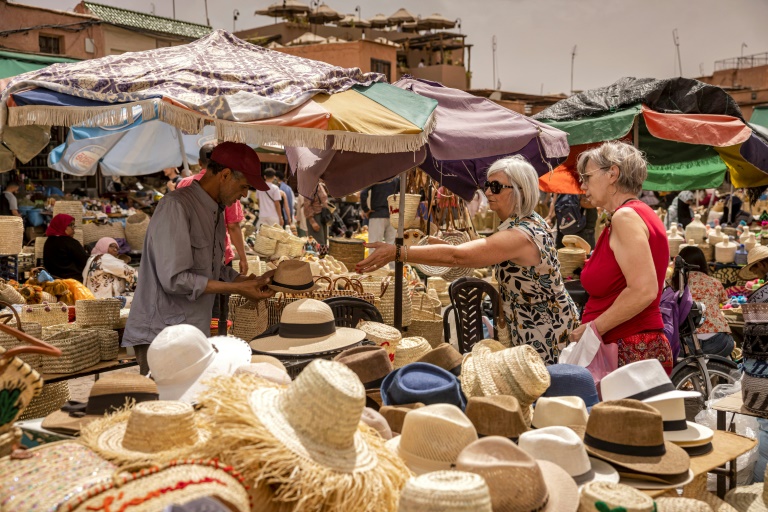 That was reflected in the steady flow of tourists outside the Medersa Ben Youssef, a 16th-century Koranic school in Marrakesh.

"This place is magical -- I'm impressed by all the detail," said Nick, a 29-year-old Londoner visiting for the first time. "Since COVID I've been missing exploring new cultures."

Nearby, other visitors queued up to the Yves Saint Laurent museum, one of the city's top tourist spots.

"The museum was a must," said Coco, a Chinese student living in Germany.

"We consider ourselves very lucky to be able to travel again, and we're really charmed."