There has been a tragic end to a rescue bid that has gripped Morocco and the world. 5-year-old Rayan Oram, who was trapped in a well for four days, has died. King Mohammed VI announced his death soon after he was removed from the well. #DStv403 pic.twitter.com/MwUh01HQEZ

IGHRANE - Morocco was in shock Sunday after emergency crews found a five-year-old boy dead at the bottom of a well in a tragic end to a five-day rescue operation that gripped the nation and the world.

The ordeal of "little Rayan" since he fell down the 32-metre well on Tuesday gained global attention and sparked an outpouring of sympathy online, with the Arabic Twitter hashtag #SaveRayan trending.

"The fall of a child who reminded the whole world of the values of humanity," read one Moroccan newspaper headline, while others bemoaned the "tragic epilogue" that had brought "sadness and shock".

The boy's father said he had been repairing the well when the boy fell in, close to the family home in the village of Ighrane in the Rif mountains of northern Morocco. 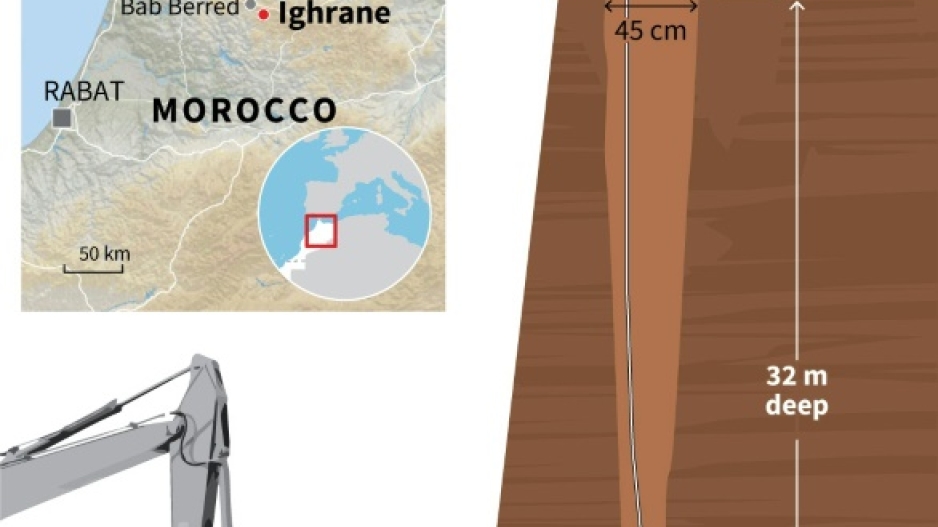 "Little angel, you fought until the end, a hero", said one Twitter user called Anouar, while another said "he has brought people together around him".

Throughout the major digging operation to extricate him from the bottom of the well shaft, authorities had cautioned that they did not know whether he was alive.

The shaft, just 45 centimetres across, was too narrow for the boy to be reached directly, and widening it was deemed too risky -- so earth-movers dug a wide slope into the hill to reach him from the side.

The operation made the landscape resemble a construction site, and red-helmeted civil defence personnel had at times been suspended by rope, as if on a cliff face.

Rescue crews, using bulldozers and front-end loaders, had excavated the surrounding red earth down to the level where the boy was trapped, and drill teams began creating a horizontal tunnel to reach him from the side.

On Saturday morning, the head of the rescue efforts, Abdelhadi Tamrani, said images from a camera sent down showed the child "lying on his side", and that while it was "impossible" to confirm he was alive there were "very high hopes". 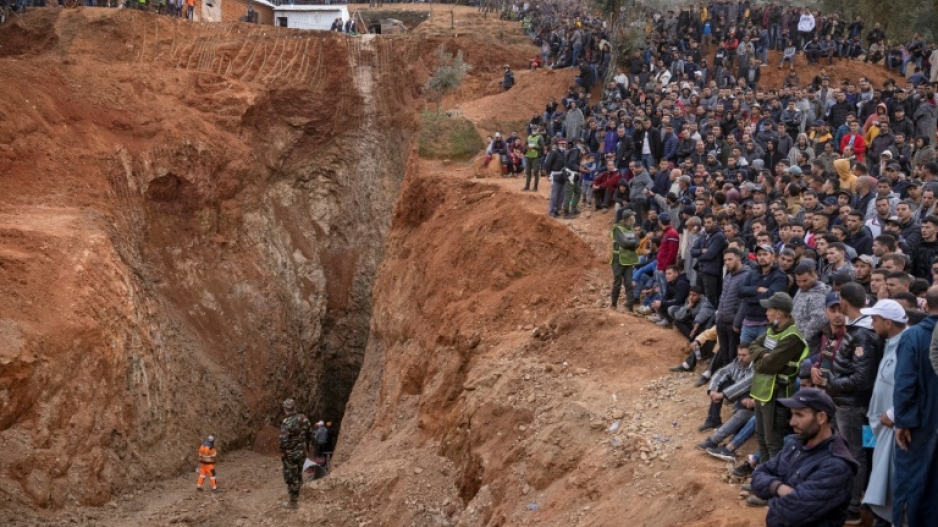 Crowds watch rescue efforts; the well shaft was too narrow for the boy to be reached directly

But progress slowed to a snail's pace as the drill teams worked by hand to avoid any vibrations that might bring the brittle soil down on the stricken child, local authorities said.

Late Saturday evening, crowds cheered when the rescue workers broke through the final stretch of earth to reach the boy.

Volunteer digger Ali Sahraoui cleared the last soil away with his hands, becoming a "hero" on social media.

But soon after, AFP correspondents saw the boy's parents walk down the slope into the horizontal tunnel, visibly crushed, before returning and boarding an ambulance without saying a word.

It was Morocco's royal cabinet that announced he had been found dead. 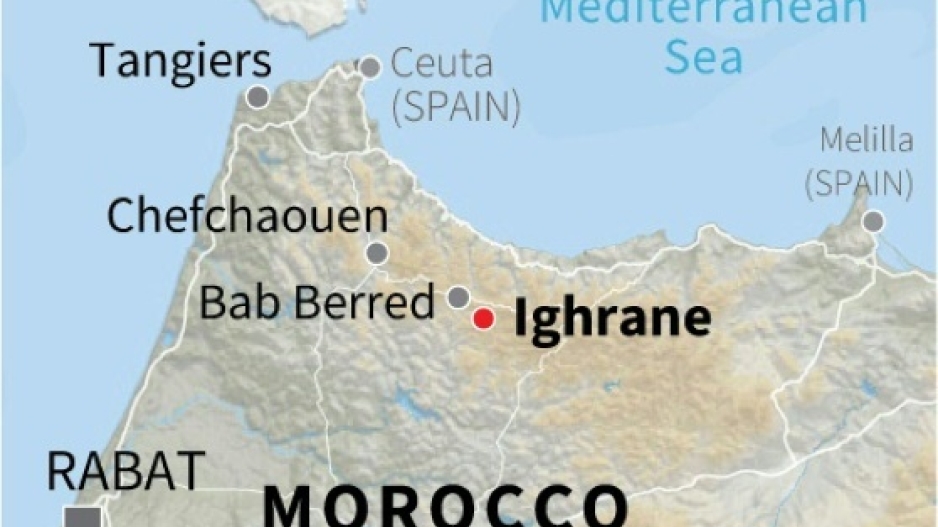 "Following the tragic accident which cost the life of the child Rayan Oram, His Majesty King Mohammed VI called the parents of the boy who died after falling down the well," a statement from the royal court said.

The date of the funeral has not been announced but according to Muslim tradition the funeral should take place swiftly, potentially as early as Sunday.

No official information has been released on a possible autopsy.

Huge crowds of thousands of people had gathered to watch the rescue beside the giant pit, singing songs to urge on the diggers, who worked through the nights.

Many of the watchers prayed, chanting in unison "Allahu akbar" (God is greatest).

Workers had tried to get oxygen and water down to the child but it was not clear whether he was able to use them, AFP correspondents reported.

The race against time to rescue Rayan was followed live across the world, and as soon as the tragic conclusion was announced, tributes poured in.

French President Emmanuel Macron said: "I want to say to the family of little Rayan and to the Moroccan people that we share your pain." 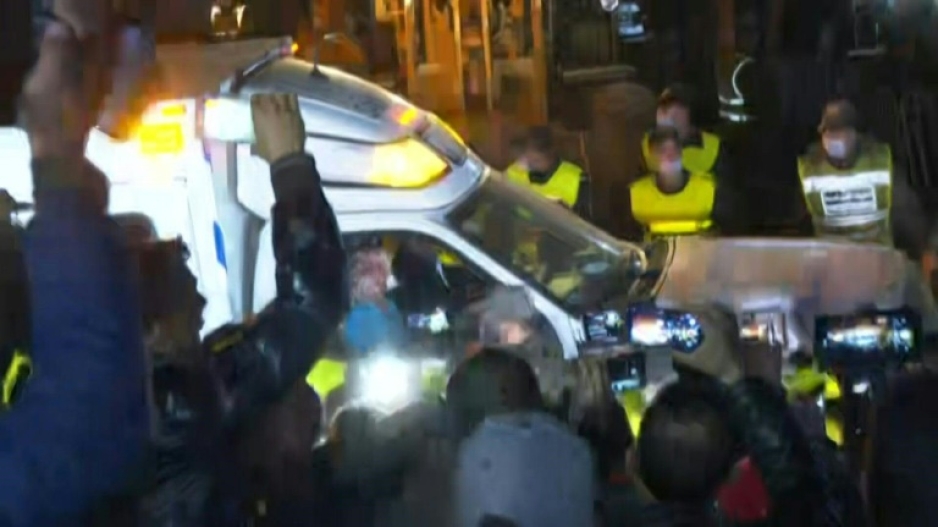 "We all of us had been holding out hope that little Rayan would make it," Moroccan-American novelist Laila Lalami wrote on Twitter. "This is all so tragic."