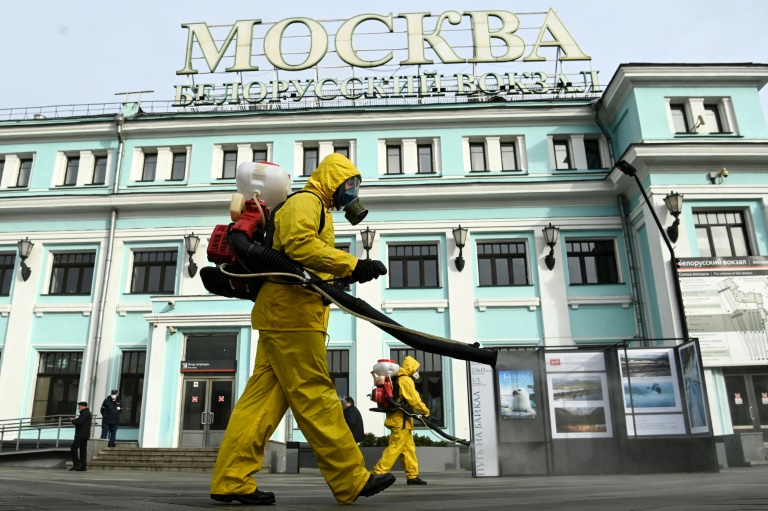 Russia reported a record 1,036 Covid-19 deaths in a single day Thursday, but officials have warned the worst is yet to come

MOSCOW - Moscow, the capital of Europe's worst COVID-hit nation, will shut non-essential services between October 28 and November 7 as deaths soar and vaccination rates stall in the country, the city's mayor said Thursday.

Mayor Sergei Sobyanin announced the 11-day closure a day after President Vladimir Putin ordered a nationwide paid week off at the end of the month to curb fast-spreading infections.

Russia reported 1,036 COVID-19 deaths in a single day Thursday, but officials have warned the worst is yet to come, with only 35 percent of the population fully vaccinated.

Putin will have no in-person meetings during the non-working period, the Kremlin said.

Authorities have previously gone to great lengths to protect the 69-year-old, who the Kremlin says is fully vaccinated.

In Russia's capital and the epicentre of its outbreak, Sobyanin said all non-essential retail, sporting and entertainment venues must temporarily close. Shops selling food, medicine and other essentials will remain open.

Restaurants and cafes will be able to sell take-away food, the mayor said in a statement.

Mass events will be banned and schools will be closed, with the days off coinciding with national school holidays. Theatres and museums can stay open, but entry will be allowed only with QR codes.

Moscow's mayor said the measures were necessary because the "situation in Moscow is continuing to develop according to the worst-case scenario".

When restrictions end on 8 November, Moscow will also halt free public transport passes for unvaccinated passengers over 60 or with chronic disease.

Sobyanin said the move was aimed at "protecting the lives and health of the most vulnerable Muscovites". 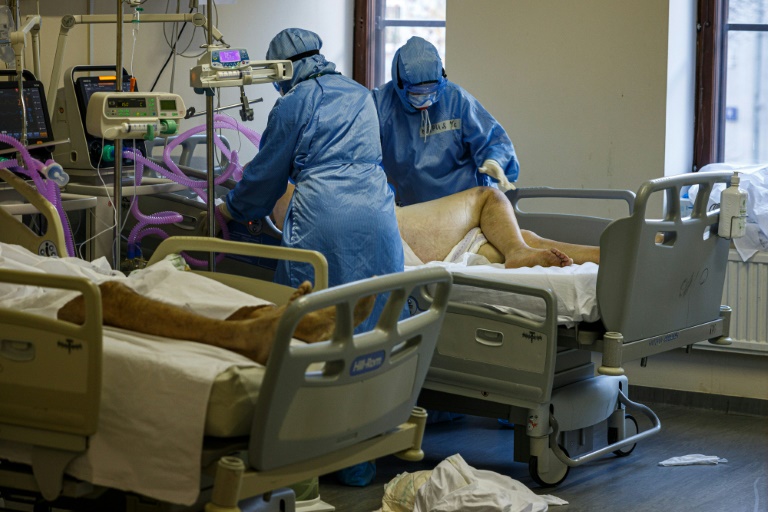 Officials this week said the virus is spreading faster than ever, with Russia registering 36,339 new cases on Thursday

Officials this week said the virus is spreading faster than ever, with Russia registering 36,339 new cases on Thursday.

Deputy mayor Anastasia Rakova said hospitalisations had risen three-fold within a month, linking it to the infectious Delta variant.

She said taking people off work was "one of the most effective epidemiological measures for large cities".

Authorities in the Vladimir region east of Moscow said that there were "practically no beds left" in coronavirus ward intensive care units.

In the southwestern city of Voronezh, one of the worst-affected areas, authorities said cemetery employees were "working to the limit" amid a steep rise in deaths.

A Moscow official, meanwhile, said that the capital's cemeteries would continue working "as usual" despite the non-working week.

Putin on Wednesday linked Russia's high death rates to what he called an "unfortunately" low vaccination rate and urged Russians to show "responsibility" and get the jab. 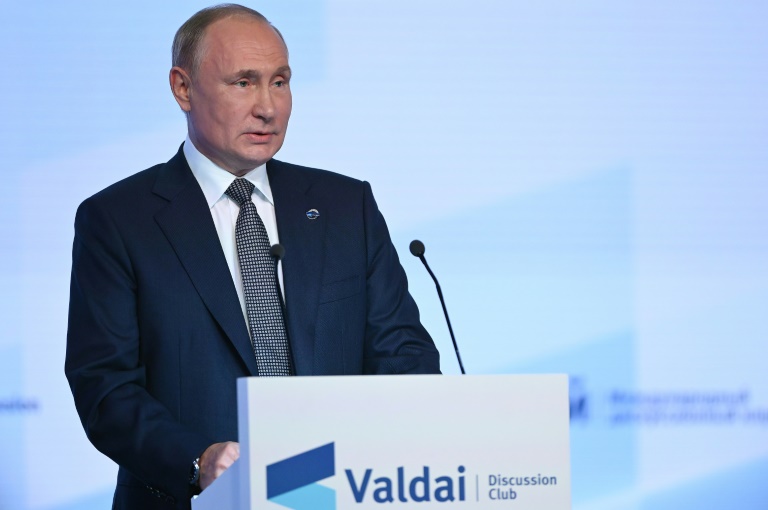 Russian President Vladimir Putin asked Russians to get the jab

On a visit to the Kaliningrad exclave Thursday, Prime Minister Mikhail Mishustin urged locals to respond to the president's call.

"You heard what the president said about this. It is very important," Mishustin said, according to the RIA Novosti news agency.

Despite multiple pleas from Putin and the homegrown Sputnik V vaccine being widely available since December, many Russians are reluctant to get vaccinated.

Putin's own spokesman Dmitry Peskov said Wednesday that he had not been inoculated, pointing to "a high level of antibodies".

Although it is being used in dozens of countries, Sputnik V is not approved by the EU or by the World Health Organisation.

Asked if it was true that there was no possibility that Sputnik could be cleared this year, Fergus Sweeney, head of clinical studies and manufacturing task force at the European Medicines Agency, said he could not comment on the timeline. 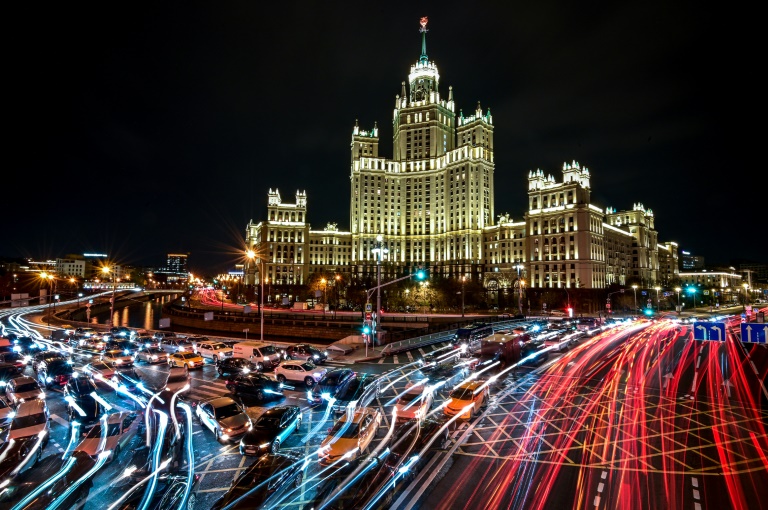 Mass events are banned and schools will be closed

"Regarding the evaluation of the Sputnik vaccine, that remains under rolling review, we're continuing the assessment and interactions with the company," he told reporters.

The fatalities on Thursday brought Russia's official death toll from the disease to 227,389.

But figures published by statistics agency Rosstat in October paint a far darker picture, suggesting that more than 400,000 people have died in the country from the coronavirus.