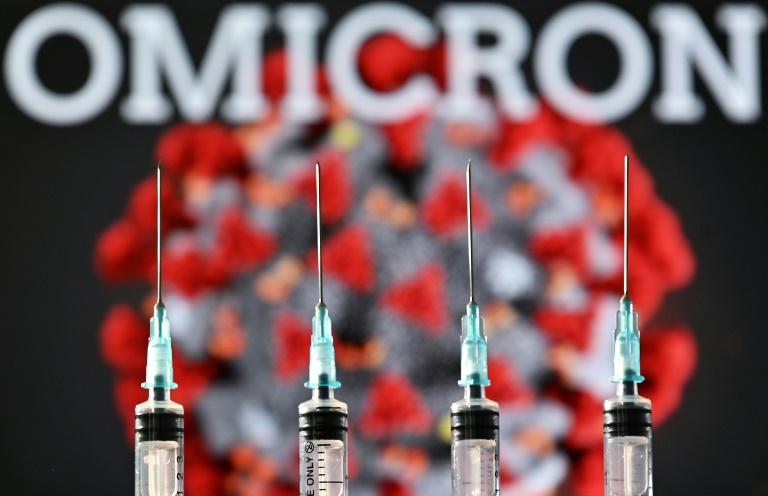 HONG KONG - Asian markets mostly rose with oil prices Friday on easing concerns about Omicron, ahead of the release of key US jobs data later in the day just as the Federal Reserve prepares to withdraw its pandemic-era financial support.

Global assets have whipsawed since the new Covid variant hit headlines seven days ago over concerns that it may be even more transmissible than the Delta strain and that vaccines may be less effective against it.

However, the initial panic appears to have died down for now as various reports have said that while the strain could spread quicker, there were signs it could be less potent than others such as Delta and that inoculations would work.

Still, experts have said it could take up to three weeks to get a full picture of the outlook and the disease's possible economic impact.

For now, governments are playing it cautiously, imposing fresh containment measures including travel curbs and some lockdowns, which observers fear could knock the already shaky recovery off track.

Meanwhile, central banks continue to tighten their belts, having stumped up trillions of dollars to get through the initial jolt from the pandemic last year with some having already lifted interest rates twice as they face a battle against soaring inflation.

Eyes are now on the Federal Reserve, which, after months of saying the spike in prices was temporary, has now turned its focus on keeping them from running out of control and is preparing to tighten its belt.

Boss Jerome Powell suggested this week the bank would likely speed up the taper of its bond-buying programme and then focus on lifting borrowing costs.

While the moves have been well telegraphed, investors are now having to adjust to the end of the age of cheap cash, which has been a key driver of the rally in world markets to record or multi-year highs in 2021.

"From an economic perspective, the variant will likely result in more protracted disruptions to supply chains as countries revamp restrictive measures, which will both hinder activity and contribute to sustained inflation," said Silvia Dall'Angelo, at Federated Hermes.

"In other words, the trade-offs central banks are facing will likely intensify in the short term. Indeed... Powell suggested that the Fed's approach to those trade-offs has started to shift, with concerns on high inflation now taking the front seat."

Tokyo, Shanghai, Sydney, Singapore, Seoul, Wellington and Manila all fell, though there were losses in Mumbai, Bangkok, Taipei and Jakarta.

Hong Kong fell but pared early losses fuelled by a selloff in tech firms, which were hit by news that the US Securities and Exchange Commission (SEC) had issued a mandate requiring companies to disclose whether they are "owned or controlled" by a government.

Beijing has refused to allow US officials to inspect audits of companies registered in China and Hong Kong, meaning they are likely to have to leave.

Giants that are listed in Hong Kong as well as New York -- including Alibaba, Tencent, JD.com and NetEase -- fell sharply.

The selling was enhanced by a decision by ride-hailing firm Didi Chuxing -- which is not listed in Asia -- to delist from New York and begin preparations for a Hong Kong initial public offering.

The development is the latest to highlight the frosty relations between China and the United States, which have been at odds on a range of issues including security and technology.

Oil prices extended Thursday's gains -- both main contracts added more than two percent -- after OPEC and other key producers decided to continue their output increases despite the threat of Omicron to demand and the recent move to tap reserves led by the United States.

Crude initially dropped but recovered after the OPEC+ group opened the door to turn the taps down if the virus is seen to be hitting demand.

"While OPEC+ surprised participants by sticking to its output plan, the market appears to have taken comfort in the fact that it's willing to reconvene and adjust production if necessary," Warren Patterson, at ING, said.

"This decision will buy the group more time to get a better assessment of the impact of the Omicron variant, while at the same time keeping the US happy."

Markets in London, Paris and Frankfurt enjoyed healthy gains at the open.