Most Asia stocks down after gains, China growth beats expectations 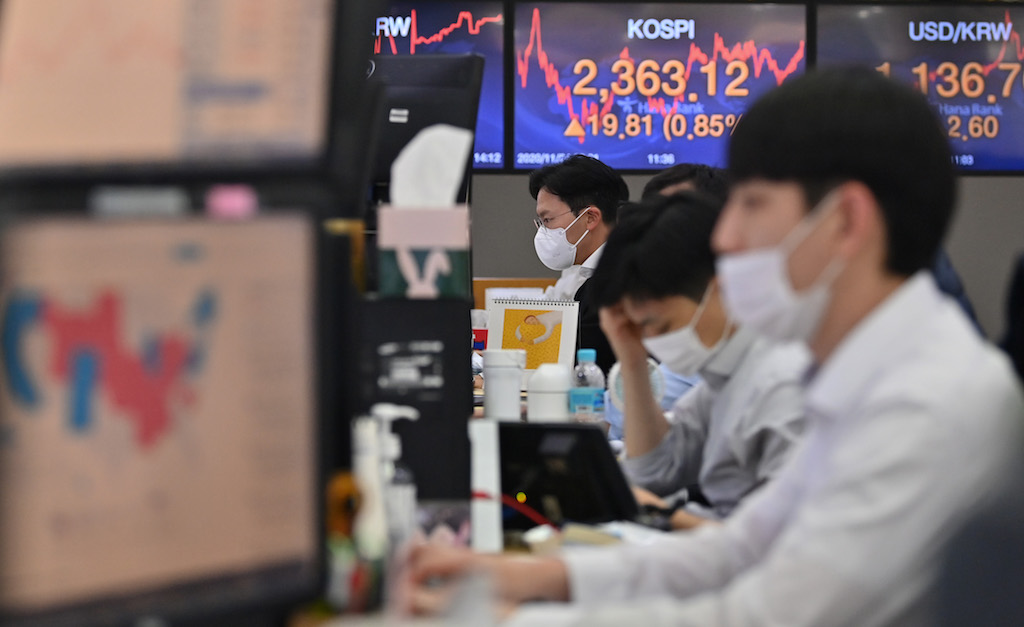 While broadly welcomed on trading floors, Joe Biden's $1.9 trillion stimulus proposal was unable to fuel fresh gains with the spending spree largely factored into prices, while analysts warned it could be watered down by the time it reaches his desk for signing.

Concerns about a frightening spike in new virus cases was also keeping a lid on buying sentiment as governments are forced to impose fresh lockdowns while battling to roll out vaccines.

However, the general consensus remains upbeat for the long-term outlook.

"Markets needed a breather or even a pull back to justify reflationary expectations," Ben Emons, at Medley Global Advisors, said.

However, stocks in Hong Kong and Shanghai rose after official figures showed China's economy expanded a forecast-beating 2.3 percent last year. While the reading was the weakest in four decades, it showed growth was picking up again after a devastating start to 2020 as swathes of the country were shut down to contain the deadly coronavirus.

Focus will now turn to Biden's inauguration on Wednesday and hopes that his massive spending plan can get through Congress, with worries that a Senate impeachment trial of Donald Trump could snarl up its progress as well as that of cabinet confirmation hearings.

But Axi strategist Stephen Innes said: "The final package will ultimately be pared down significantly, which is adding a touch of uncertainty to the view."

And National Australia Bank's Rodrigo Catril added: "The underwhelming market reaction to Biden's stimulus plan reflects the reality that at this stage this is just a proposal that needs to find support in Congress, potentially requiring time, a few political debates and several pieces of legislation."

He said traders were also concerned that the president-elect had hinted at possible tax hikes to pay for the government's largesse.

Biden has already said he wants to hike corporate tax rates and taxes paid by individuals earning more than $400,000 a year.