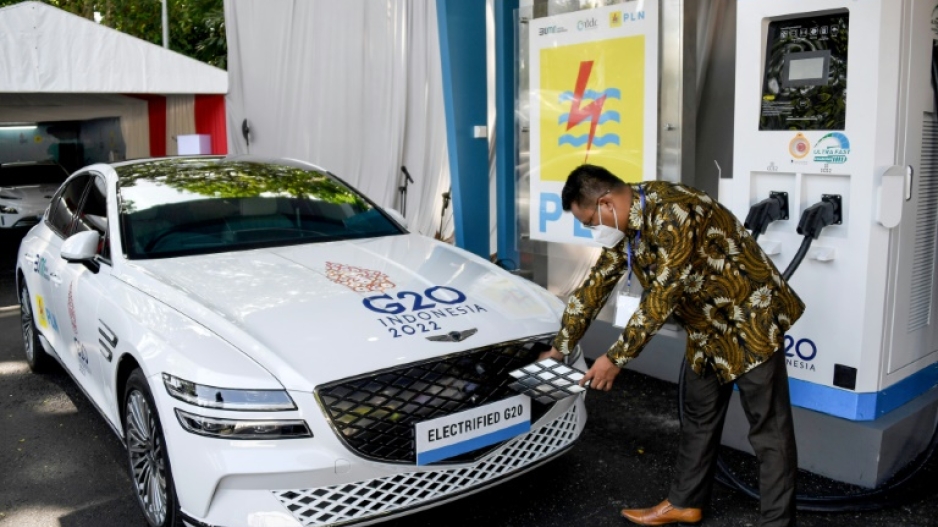 Globally, more than half of all new vehicles coming off of production lines in 2029 would need to be electric for the sector to be compliant with the goal of capping global warming at 1.5 degrees Celsius above preindustrial levels. AFP/Sonny Tumbelaka

PARIS - Only two of the world's 12 top automakers plan to make enough electric vehicles by 2030 to stay in step with Paris Agreement climate goals, experts said.

Globally, more than half of all new vehicles coming off of production lines in 2029 would need to be electric for the sector to be compliant with the goal of capping global warming at 1.5 degrees Celsius above preindustrial levels, according to Influence Map, a research NGO that evaluates corporate climate goals and policies.

At the same time, 11 of the 12 carmakers -- while publicly supporting the Paris Agreement -- have actively opposed government policies to accelerate the shift to electric vehicles, especially the phase-out internal combustion engines, Influence Map said.

Japanese auto giants Toyota, Honda and Nissan are especially far off the mark, with non-polluting cars accounting for only 14, 18 and 22 percent, respectively, of their planned production in 2029, the report said.

South Korea's Hyundai, US manufacturer Ford and France's Renault -- with 27, 28 and 31 percent of their global fleets projected to be electric in seven years -- were only marginally more on track.

The standout exception is US-based Tesla, a "pure player" manufacturer that has only ever made electric cars and trucks.

"Those lagging the furthest behind are also the most negative when it comes to climate policy advocacy."

Ford, Stellantis, Volkswagen and BMW come closer to the 52 percent threshold for compatibility with Paris temperature target, with 36 to 46 percent of their fleets planned to be electric in 2029.

Besides Tesla, only Mercedes-Benz -- at 56 percent -- is projecting a transition in keeping with that target.

Researchers used the International Energy Agency's (IEA) scenario for decarbonising the transport sector rapidly enough to not jeopardise the 1.5C goal, which would need 57.5 percent of all cars produced in 2030 to be electric. 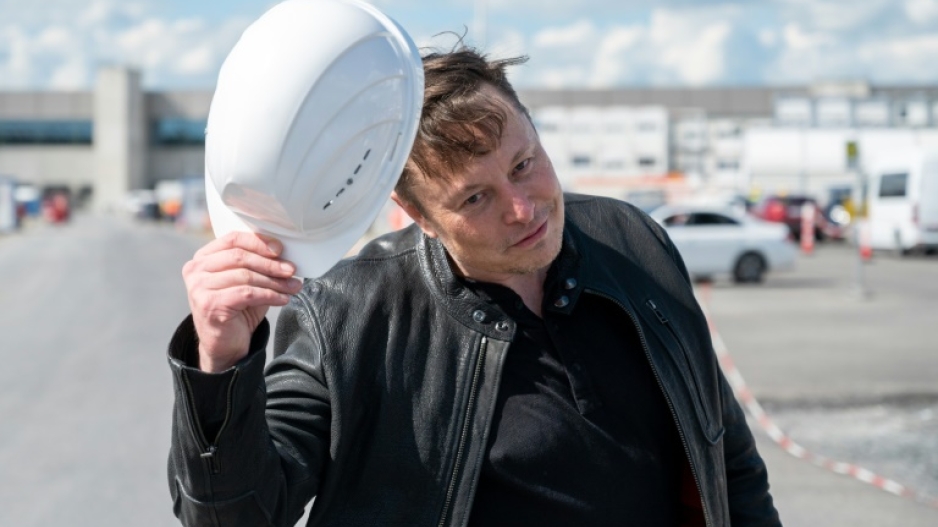 The IEA's Net Zero by 2050 report also assumes the share of renewables in global electricity generation would be about 60 percent in 2030.

The Influence Map report then compared this goal with IHS Markit production forecasts to 2029, corresponding to a 52 percent share of electric vehicles in the IEA schema.

Collectively, the combined global production of battery electric vehicles by all automakers is forecast to only reach 32 percent by 2029.

That means the auto industry would need to boost production of zero-emission cars by 80 percent in order to hit the IEA 2030 production target.

The report findings reveal the critical impact of government policy on the pace of the transition away from internal combustion engines, which account for around 16 percent of global energy-related CO2 emissions, according to the UN's Intergovernmental Panel on Climate Change (IPCC).

In the European Union, which aims to cut greenhouse gas emissions to 55 percent below 1990 levels by 2030, Toyota's produced fleet is projected to be 50 percent electric by 2029.

But in the United States, where fuel emissions standards are less stringent, that figure is only four percent.

Similarly, Ford's EU-based production is forecast to be 65 percent electric by 2029 -- nearly double it's global average.