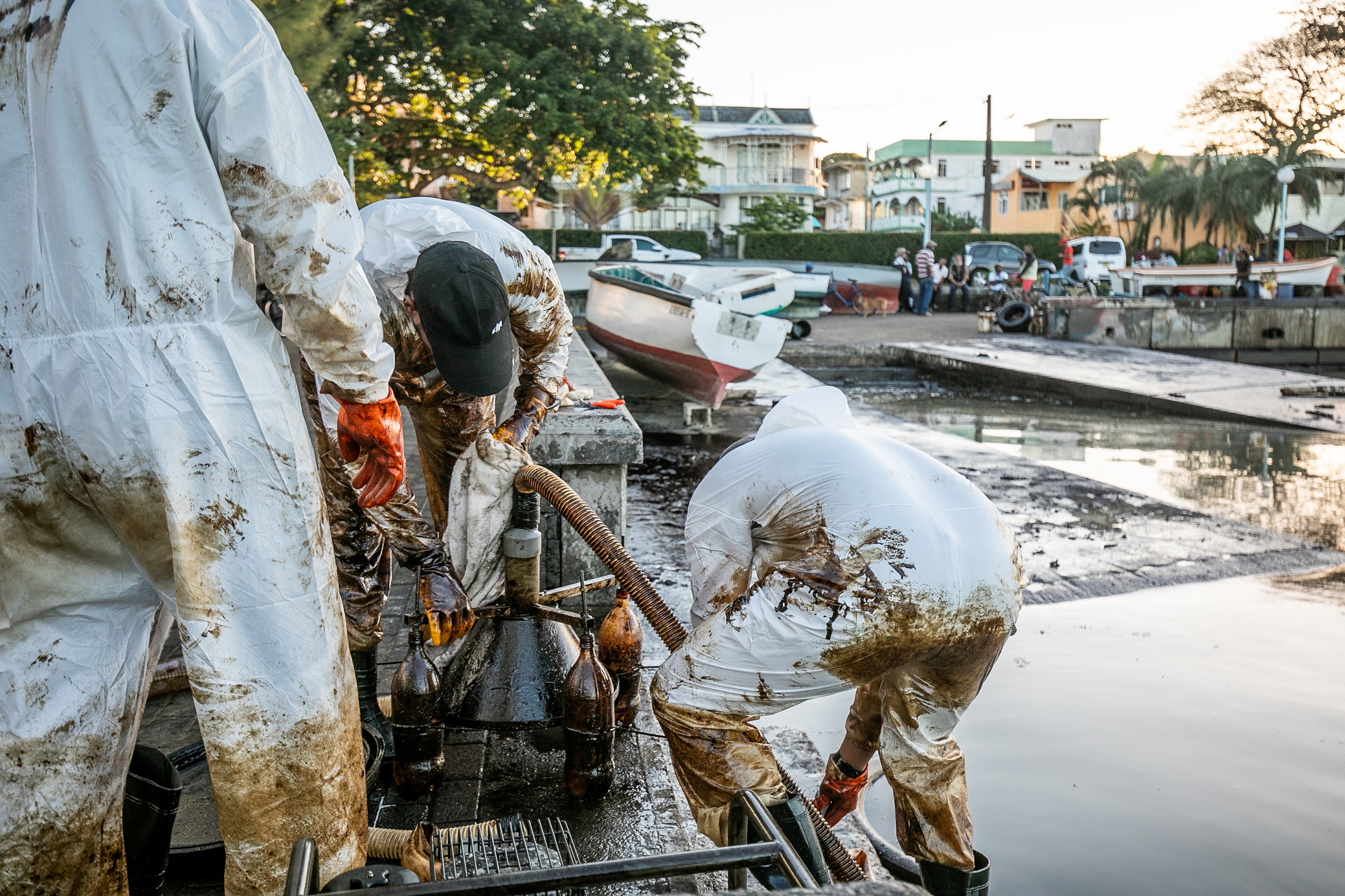 Fishermen and skippers tend to a makeshift oil extraction device at the Mahébourg waterfront in Mauritius in order to prevent a further oil spill from the MV Wakashio vessel.

TOKYO - Salvage crews have successfully pumped all the fuel from the tanks of a giant cargo ship which ran aground off Mauritius, the prime minister said, preventing another massive oil spill into the pristine waters.

Further ecological disaster was averted as the MV Wakashio, a Japanese-owned bulk carrier, threatens to break apart at any moment after more than two weeks stranded on a coral reef off the island nation.

"All the fuel has been pumped from the reservoirs," said Prime Minister Pravind Jugnauth, adding that about 100 tonnes remained elsewhere on board the ship.

The ship ran aground on July 25 and began leaking oil into coral reefs, mangrove forests and protected wetlands last week in a massive blow for the paradisiacal island popular among honeymooners and other tourists.

"It was a race against the clock, and I salute the excellent work to prevent another oil spill," said Jugnauth.

"The weather was calm and it helped the pumping exercise, it also prevented the breakup of the boat, which is inevitable."