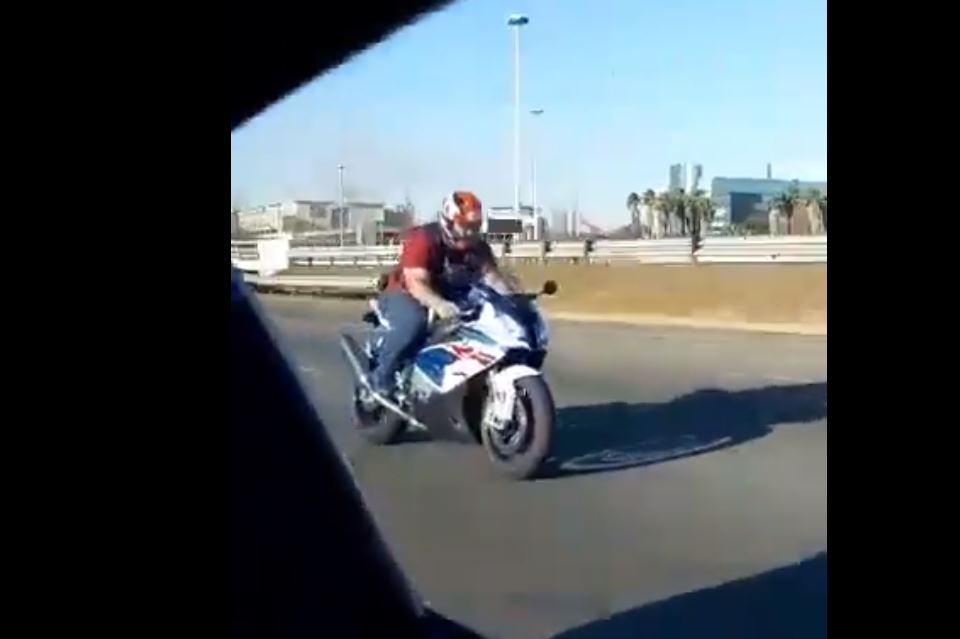 Motorist chases a bike riding over 300km an hour

JOHANNESBURG - A video of a motorist travelling at alarming speeds on a public road has surfaced on social media.

The vehicle clocked 322km/h while travelling on the R21 in Johannesburg.

It appeared that the unidentified motorist was speeding on the highway, clocking 240km/h before slowing down slightly, only to pick up speed again when he saw a motorbike.

As the motorbike overtook the speeding car, the passenger filmed the speedometer, which showed the car driving at over 320km/h.

The passengers are heard laughing, saying that the biker was in a hurry.

Reaction to the video was varied, but most people were angry at the drivers of the vehicles.

Some called for their licenses to be revoked.

"Some people have dead wish but they want to die with others a reckless driver like that could get innocent people killed," said @Wezi25593218.

"This is what kills innocent lives," tweeted @ntsakonevhutalu, "very childish and scary!"

"I am nauseated by the admiration such recklessness elicits. Your Mom, sister, wife/husband, little baba could easily be killed by these show-offs!" said @Runawayrene.

Others called for better police visibility on the highways.

"There is no respect for the law in general because there is no.enforcement. Cops should be visible on the roads. Until then, idiots like this will run supreme," tweeted @MicheleKlemp.