Former Old Mutual CEO Peter Moyo is appealing a court ruling in favour of the insurer.

The South Gauteng High Court has put aside a July 2019 order which temporarily reinstated Moyo and blocked Old Mutual from finding a new CEO.

Judge Brian Mashile has set aside that order with costs.

Moyo will be appealing the decision on an urgent basis in the Supreme Court of Appeal.

“We are very very disappointed with the judgment. We still have to study the judgment, it’s a long judgment," said Moyo.

"But having gone through certain things, things that we believe that create grounds for us to appeal. And if we appeal it automatically reinstates the status quo.”

Moyo says it’s still a long road that he is willing to walk.

Meanwhile, Old Mutual has indicated it’s in the process of finding a new CEO.

"Old Mutual is committed to strengthening governance and the management of conflicts of interests.”

Some shareholders were concerned that Moyo's dismissal was sloppily handled and that the drawn-out public battle was distracting from day-to-day operations.

Jacques Plaut, portfolio manager at Allan Gray -- Old Mutual's second-largest shareholder -- said he was pleased with the result, though he expected the market to have priced in a positive outcome for the insurer.

"This is good for the company and for governance in South Africa," he said.

Warwick Bam, analyst at Avior Capital Markets, said the decision gives some credibility to Old Mutual's board and its handling of Moyo's dismissal and the subsequent fallout, which in turn eases any concerns of further departures at the top.

"[Old Mutual] can now quite confidently go ahead and start putting... strategic actions into place without being concerned that Peter Moyo may still have a hand in the business," he added.

Former Old Mutual CEO Peter Moyo is appealing a court ruling in favour of the insurer.

END_OF_DOCUMENT_TOKEN_TO_BE_REPLACED 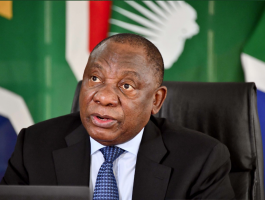