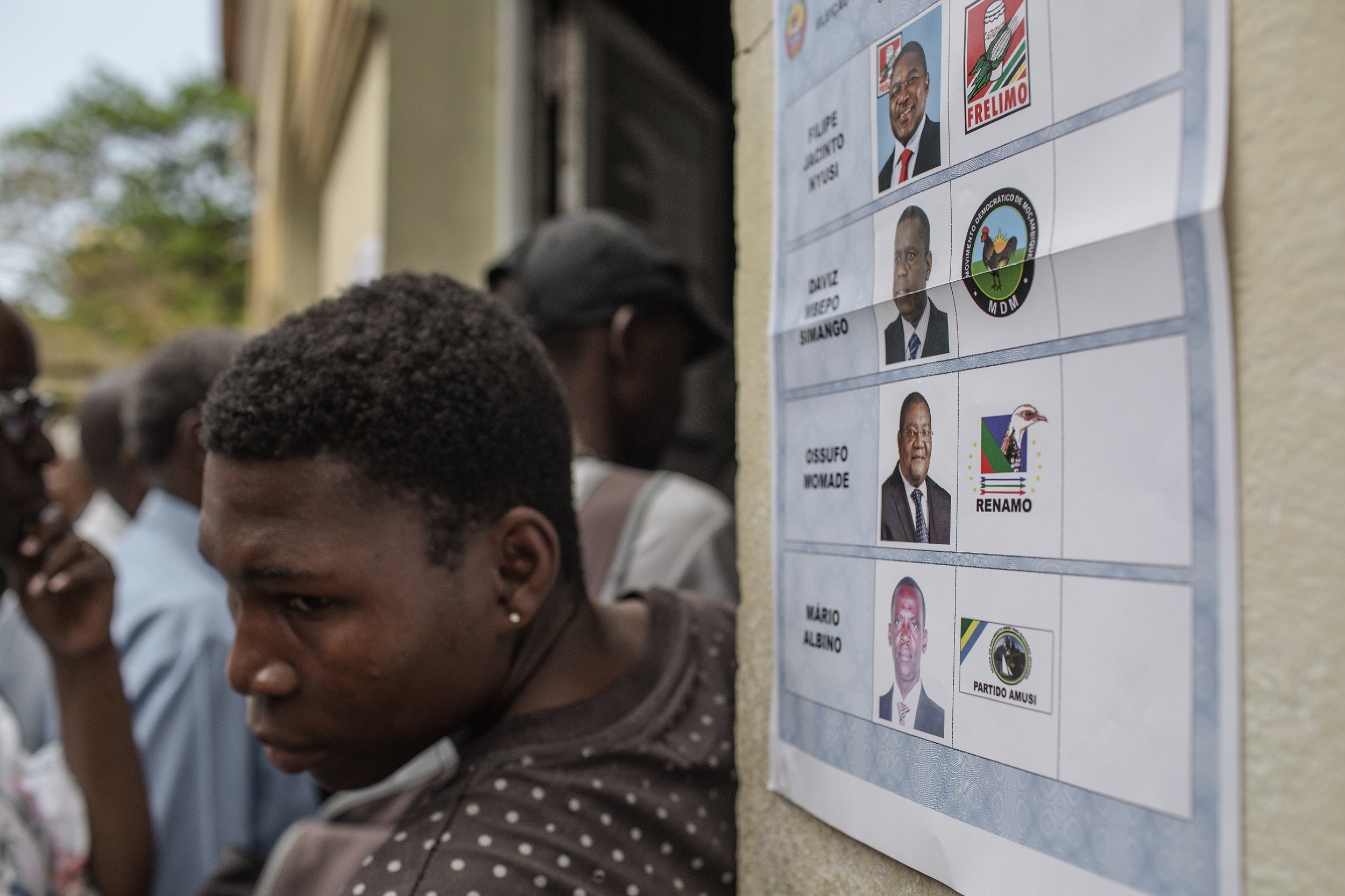 File: Partial tallies from the vote show President Filipe Nyusi and his Frelimo party dominating parliament, the legislative assemblies and all 10 provinces.

MAPUTO - The results of Mozambique's general elections will be announced on 30 October, the electoral commission said, amid allegations of widespread ballot fraud.

Partial tallies from the vote show President Filipe Nyusi and his Frelimo party dominating parliament, the legislative assemblies and all 10 provinces.

The National Electoral Commission (CNE) spokesman told AFP that full and final results were being tallied.

"We have already received all the results from the provinces, now we’re busy processing them and it (the final result) will be published on the 30th of this month, as the law requires," CNE spokesman Paulo Cuinica said.

Mozambican civil society and international observers have flagged numerous alleged attempts to stuff ballots and expel election monitors on voting day, as well as hundreds of thousands of so-called "ghost voters" on the electoral roll.

The election has been seen as a key test of a peace deal sealed in August between Frelimo and the main opposition party Renamo, which fought a brutal 1975-1992 civil war.

READ: Mozambique's Renamo calls for vote to be annulled

The opposition had been tipped to win control of at least three provinces after Frelimob agreed to allow voters to elect provincial governors for the first time as part of the peace deal.

But Renamo has called the vote to be annulled, saying the government breached a peace deal by using violence and intimidation on voting day.

The election campaign was one of the most violent in the country's history, with at least 10 people killed in the run-up to the polls, according to a local observer mission.

Among the killings was the murder of a prominent election observer -- suspected to have been carried out by a special police unit -- and the shooting of Renamo Women's League leader, whose bullet-ridden body was found with her husband's in the western province of Tete.

Frelimo has ruled Mozambique since independence from Portugal in 1975.

The southern African country has been struggling in recent months with a violent jihadist insurgency in the north, a financial crisis and a state-level corruption scandal.