Mozambique army says most of Palma 'safe' from jihadists 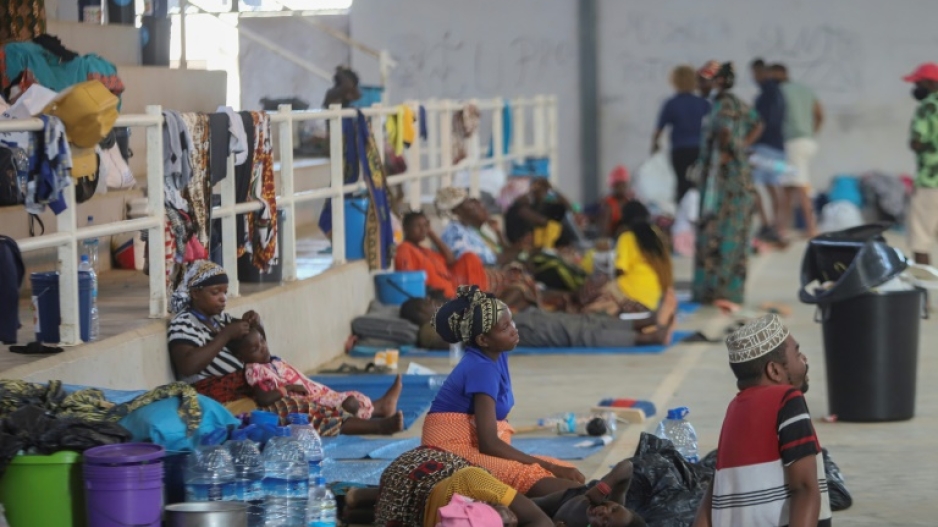 PALMA - Mozambique's military says it is regaining territory in the northern town and gas hub of Palma, seized by Islamic State-linked jihadists last month, claiming a "significant" number of militants had since been killed in fighting.

Palma was taken in a coordinated attack on 24 March, in a major escalation of an insurgency that has been raging in Cabo Delgado province for more than three years.

On Sunday, the army escorted officials and journalists through Palma.

Commander Chongo Vidigal, leader of military operations to regain control of Palma, told state television TVM the area was now "safe", although he stopped short of declaring that the army had regained complete control.

"The airfield area was the only one we needed to clear and we did that this morning. It's completely safe," Vidigal said.

"I think that it is a significant number of terrorists who were shot down," he said, adding the authorities would provide a precise number later.

Thousands have fled the town of some 75,000 people where dozens were killed, according to an early government toll, and French energy giant Total has abandoned a site where a multi-billion-dollar gas project is underway.

Images showed the blackened remains of several buildings, including banks, the town's hospital and the state prosecutor's office.

Heavily armed soldiers stood by as a few remaining residents picked through debris.

Some collected bags of grain, while one man was shown trying to clear a destroyed stall. 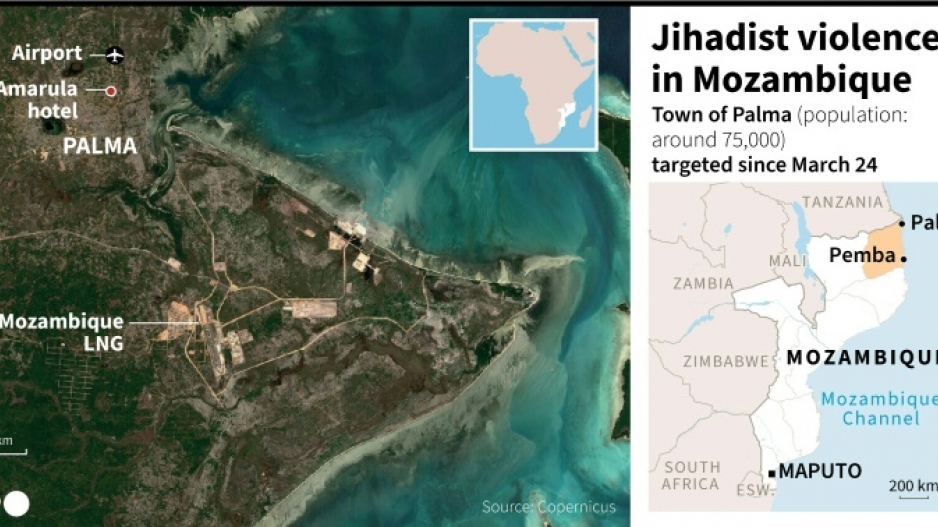 Visiting the town as part of Sunday's media visit, Tualibo told reporters he was "greatly satisfied" with what he saw.

"The situation is bleak, but we are excited," the governor said on TVM.

"Palma is under 100 percent control by Mozambican authorities."

Thousands of Mozambican troops had already been deployed to Cabo Delgado before the attack on Palma.

But the army's ability to fight the insurgency has long been questioned, with analysts pointing to poor training and a lack of equipment.

Several experts have expressed doubts over the authorities' claims to retaking Palma.

"There might be pockets that are safe but they are definitely not in control," Willem Els, senior training coordinator at the South Africa-based Institute for Security Studies, told AFP.

"Insurgents are still roaming around," he cautioned, citing sources on the ground. "The only enclave that is really secure at the moment is the area around Afungi."

Security forces have been bolstered by a South African private military company, Dyck Advisory Group (DAG), but its contract with the government ends this week.

"God help the people," he told AFP via WhatsApp on Monday, adding that it was "unlikely" soldiers had retaken Palma.

Vidigal noted the Total gas plant, which the company abandoned on Friday, was secure.

"The facilities are safe, they are protected," he said.

Total pulled out all its remaining staff on Friday, while the United Nations suspended civilian evacuation flights over security concerns.

More than 11,000 civilians are known to have fled Palma in recent days, according to the UN.