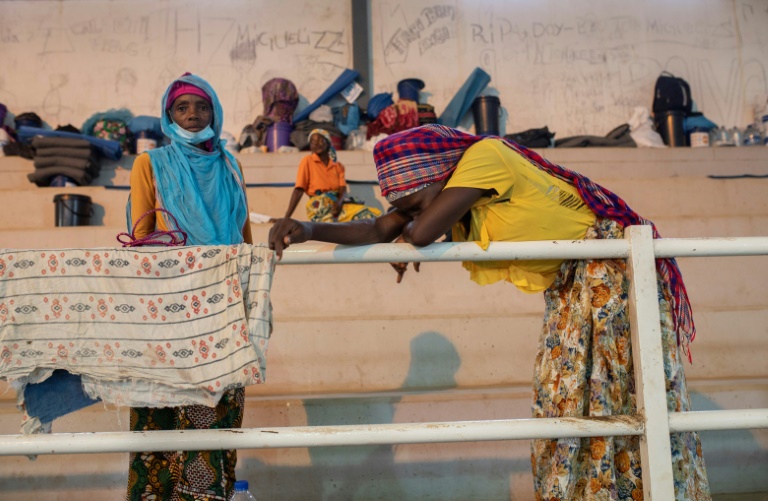 Escapees are pouring into the regional capital Pemba, among thousands who fled the violence

Thousands of people fled into surrounding forest when Islamic State-linked militants launched attacks on the northeastern town of Palma on March 24, ransacking buildings and beheading civilians.

Stranded in the bush with little access to food or water, some of the escapees headed south but others walked north to the Tanzanian border.

The UN Refugee Agency (UNHCR) said it had received reports that "around 600 Mozambican asylum seekers" who crossed into Tanzania had been pushed back across the border.

"UNHCR is concerned with reports of families prevented from seeking asylum and/or being forcibly returned from Tanzania," the agency said in a statement.

The Tanzanian government did not immediately respond to AFP requests for comment.

Insurgents have been battering Mozambique's gas-rich Cabo Delgado province since 2017.

March's attack on Palma forced close to 10,000 people to flee, according to the UNHCR.

Dozens were killed, including at least two foreigners, although officials have yet to announce a final death toll.

Growing security concerns in the aftermath of the attack eventually prompted French oil giant Total to abandon the site of a multi-billion-dollar gas project on the Afungi peninsula, just a few kilometres from Palma.

The UN has also been forced to suspend civilian evacuation flights from Afungi, leaving thousands stranded.

Mozambique's National Institute for Disaster Management on Monday said that around 30,000 people remained in the area and required humanitarian assistance.

Aid workers and missionaries are meanwhile managing hundreds of displaced families streaming into the provincial capital Pemba and surrounding districts by land and sea.

Most are hosted by relatives and friends, said the UNHCR.

Known locally as Al-Shabaab -- but with no relation to the Somali group of the same name -- Cabo Delgado's jihadists have launched a series of brazen raids on towns and villages in an apparent bid to establish an Islamic caliphate.