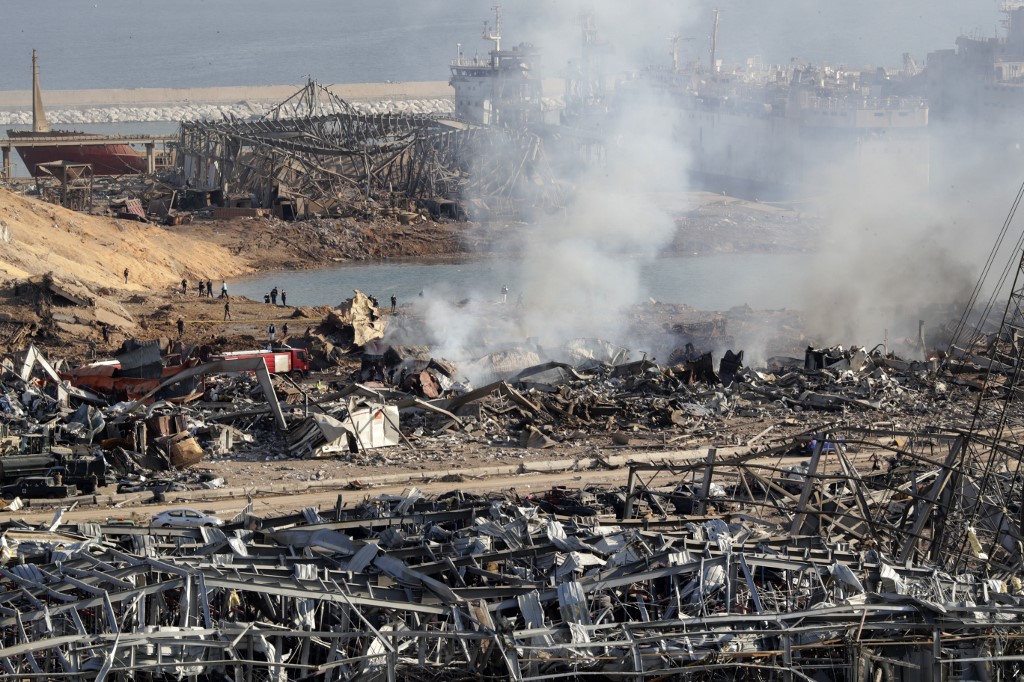 Police and forensic officers work at the scene of an explosion which took place yesterday at the port of Lebanon's capital Beirut, on August 5, 2020.

MAPUTO - A week after the catastrophic blast at Beirut's port, the government of Mozambique -- where the ammonium nitrate that exploded was destined -- has said it bears no responsibility for the disaster.

At least 171 people died and more than 5,000 were injured when some 2,750 tonnes of the compound blew up after languishing for years in a Beirut port warehouse.

"The issue is not to be fixated on the ammonium nitrate as such but on the storage process and to understand why it would have stayed so long in that port," Mozambique goverment spokesman Filimao Suaze told journalists following a weekly cabinet meeting late Tuesday.

"We would like to reassure you that the way the Mozambican port officials and companies linked to explosive areas... have been working is in line with the regulations."

Athough only FEM is believed to have ordered the substance, Suaze referred to "national companies" that have said they had intended to procure the chemical - also in 2013.

"And it is not up to these companies to explain why the ship was detained in Beirut and why the explosion would have happened," Suaze said, in the southern African country's first comment on the disaster.

Ammonium nitrate has a dual use as fertiliser or in explosives, where in Mozambique it is used by the mining industry.

A source at FEM told AFP the company ordered the ammonium nitrate from a Georgia-based company called Savaro in 2013 for delivery to the Mozambican port of Beira.

"However, the order was never delivered," said the source who asked not be named and gave no reasons for the non-delivery.

He said FEM had no relationship with shippers or freight forwarders who may have been involved.

After the cargo was detained in Beirut, the source said Savaro "ended up sending a new cargo of ammonium nitrate, via another vessel," to FEM.

The Maputo-based company, founded in 1955, manufactures explosives for commercial purposes, according to its website.

Ports along Mozambique's 2,470-kilometre coastline regularly handle ammonium nitrate, much of it destined for other countries in the region such as Malawi, South Africa, Zambia and Zimbabwe.

They have handled at least four million tonnes of the chemical over the past five years, according to the government, with "no record of accidents," Suaze noted.

"Everything will be done so that we do not have situations like that in Beirut," he said.