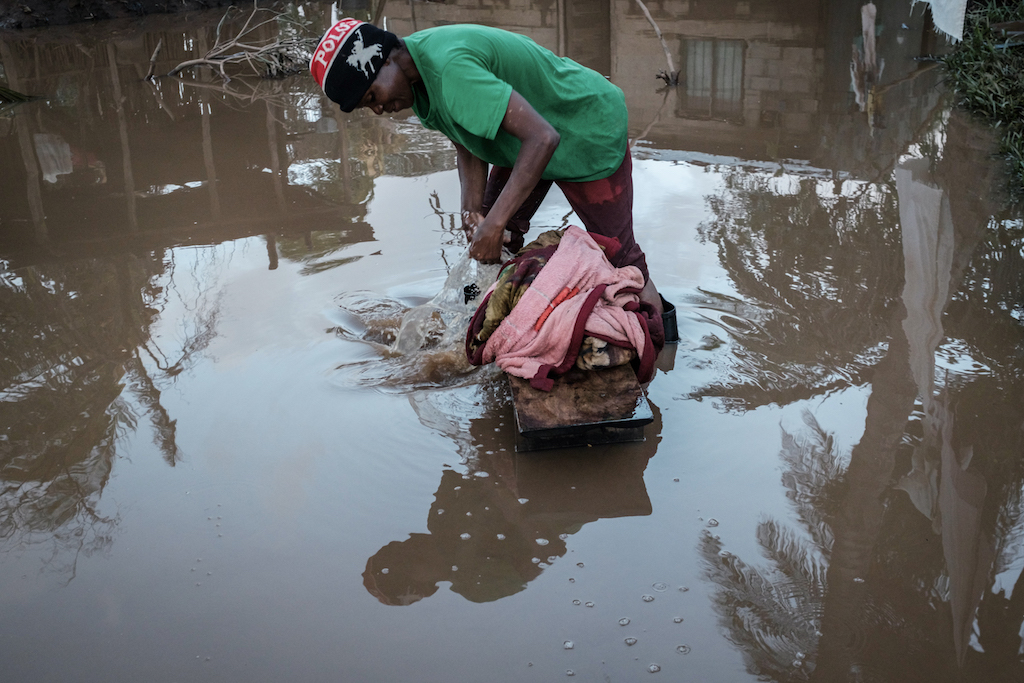 BEIRA - Mozambique will start a cholera vaccination campaign next week in areas ravaged by Cyclone Idai, the World Health Organisation (WHO) said on Thursday, after five confirmed cases were detected.

Thousands of people were trapped for more than a week in submerged villages without access to clean water after Cyclone Idai smashed into the Mozambican port city of Beira on 14 March, causing catastrophic flooding and killing more than 700 people across three countries in southeast Africa.

With tens of thousands of displaced people moved to makeshift camps, relief efforts have increasingly focused on containing outbreaks of waterborne and infectious diseases.

David Wightwick, a senior member of the WHO's response team in Beira, told reporters that seven clinics had been set up in Mozambique to treat cholera patients and that two more would be ready soon.

"We have 900,000 doses of oral cholera vaccines which are coming in on Monday, and we will start a vaccination campaign as soon as possible next week," Wightwick said.

Cholera is endemic to Mozambique, which has had regular outbreaks over the past five years. About 2,000 people were infected in the last outbreak, which ended in February 2018, according to the WHO.

But the scale of the damage to Beira's water and sanitation infrastructure, coupled with its dense population, have raised fears that another epidemic would be difficult to put down.

Wightwick could not confirm whether there had yet been any deaths from cholera in Mozambique.

In nearby Malawi, which was badly hit by flooding and heavy rains in the leadup to Cyclone Idai, the government said arable and livestock farming had been badly affected and that irrigation infrastructure had been damaged.

Agriculture ministry spokesman Hamilton Chimala said around 420,000 metric tonnes of maize had been lost, representing roughly 12 percent of the country's forecast output of 3.3 million metric tonnes in the 2018/19 farming season.

Impoverished Malawi is regularly hit by food shortages, so the damage to the country's staple grain is a cause for concern.

Zimbabwe's Local Government Minister July Moyo said the government would spend another $18-million to deal with the aftermath of the cyclone.

As of Wednesday, 713 people in Mozambique, Zimbabwe and Malawi had died in the tropical storm and in the heavy rains before it hit.

Other News on Tropical Cyclone Idai