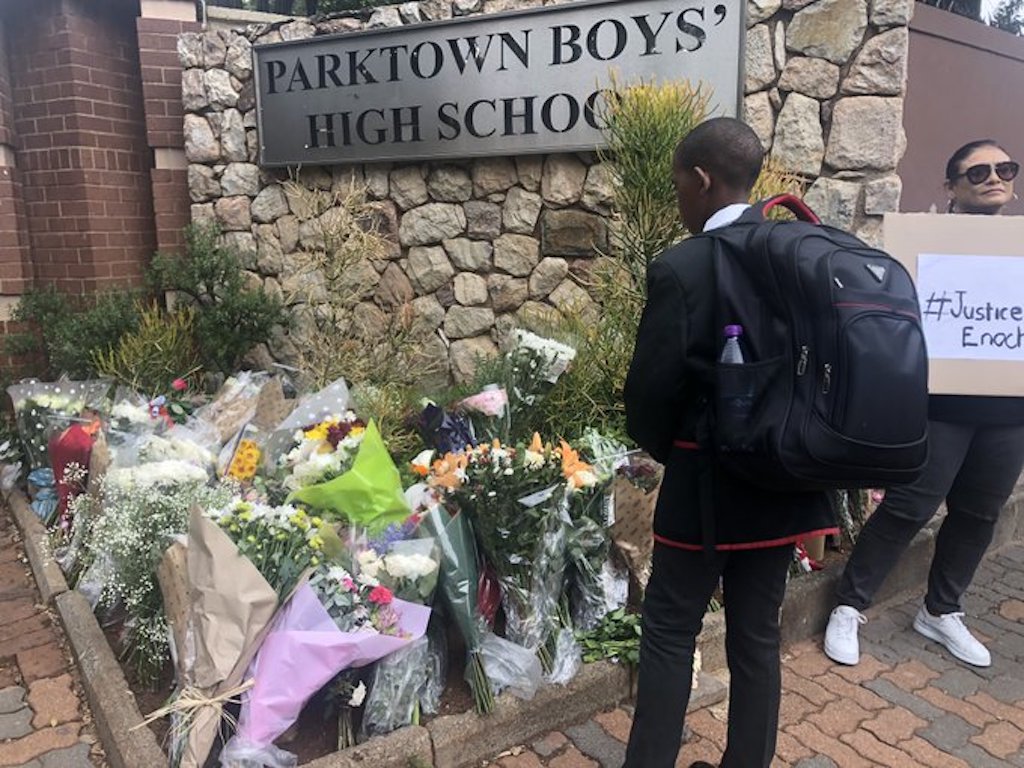 Parents and concerned parties are protesting outside Parktown Boys' High School on Tuesday.

JOHANNESBURG - The family of Parktown Boys' pupil Enoch Mpianzi is one step closer to finding out what happened to him.

An autopsy has now been completed.

READ: Enoch Mpianzi's father: I need justice for my son

The 13-year-old Grade 8 pupil drowned during an orientation camp in the North West last week.

On Tuesday, some parents and concerned citizens staged a silent protest outside the school.

Police say preliminary results suggest none of the boys was wearing a life jacket when the raft they were on capsized.

They've confirmed the school only alerted them to the incident a day after it happened.