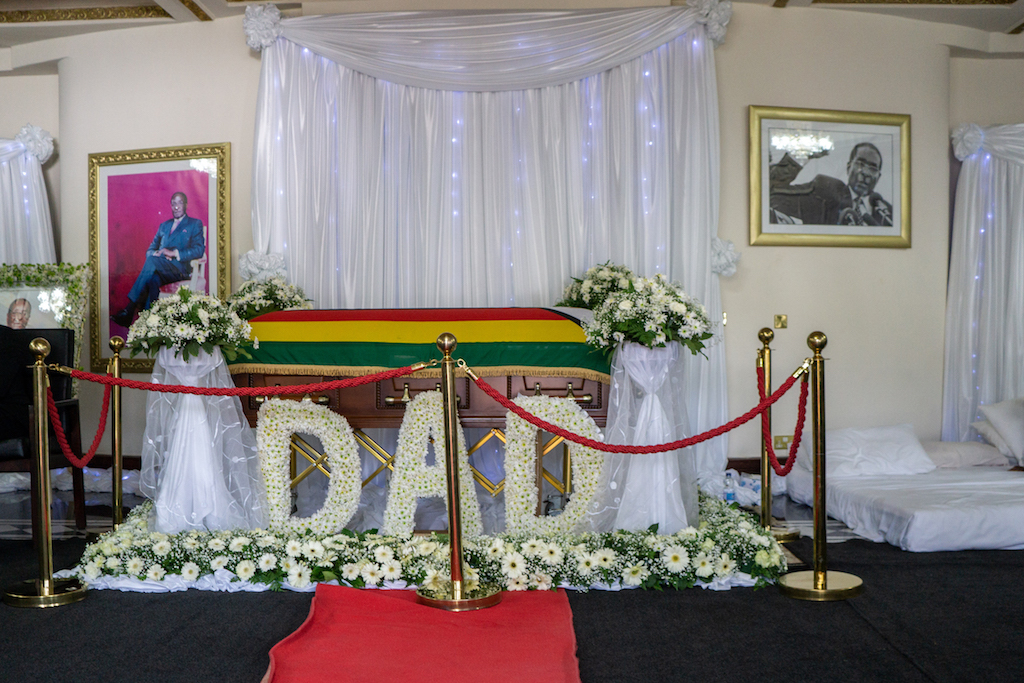 The body of late president Robert Mugabe lies in state at the Mugabe's residency in Harare on 12 September 2019.

HARARE - Three of late former Zimbabwe President Robert Mugabe's children, are challenging a traditional chief's order, for his body to be exhumed and reburied at the National Heroes Acre.

Bona, Bellarmine and Tinotenda Mugabe have filed a court application, arguing that traditional Chief Zvimba acted outside his jurisdiction, when he approached a village court to hold a hearing into Mugabe's burial.

The chief summoned Grace Mugabe, to answer to allegations she didn't follow tradition when she buried her late husband.

The former First Lady didn't attend the hearing, which ruled in Chief Zvimba's favor and ordered her to exhume and rebury her late husband's remains at Heroes Acre.

She was also ordered to pay a fine of five cows and two goats as punishment for burying Mugabe at his homestead in Kutama, Zvimba.

The case will be heard on 29 June.