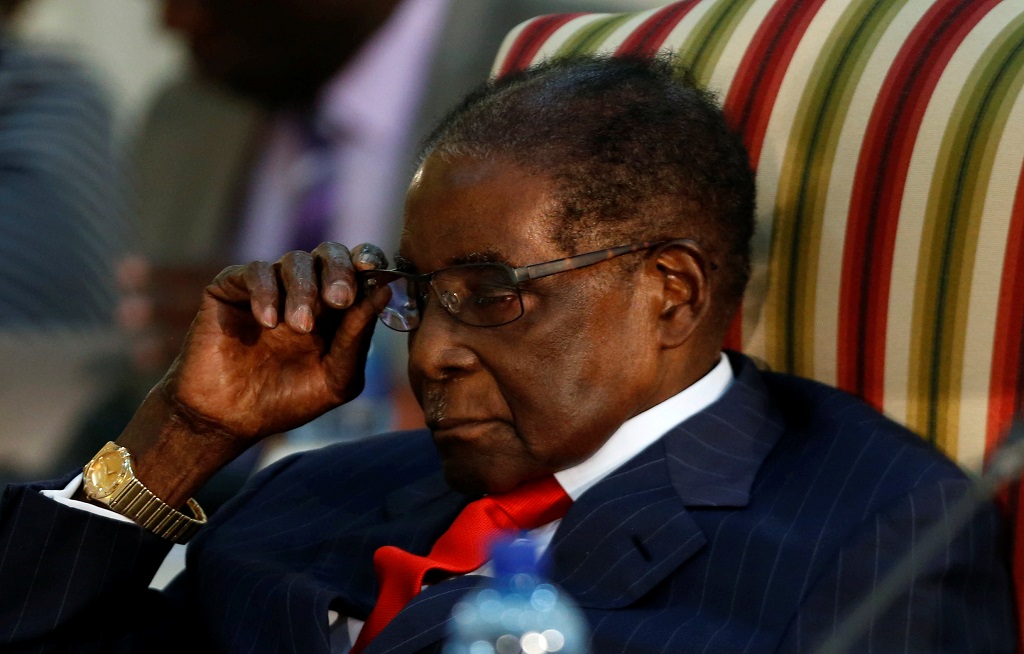 File: Former Zimbabwean leader Robert Mugabe has been receiving medical treatment in Singapore for the last two months and is no longer able to walk, President Emmerson Mnangagwa said on Saturday.

HARARE - Former Zimbabwean leader Robert Mugabe has been receiving medical treatment in Singapore for the last two months and is no longer able to walk, though he should return home next week, President Emmerson Mnangagwa said on Saturday.

Mugabe, 94, who ruled the southern African nation for nearly four decades since independence from Britain in 1980, was forced to resign in November 2017 after an army coup.

Mnangagwa told ruling ZANU-PF supporters at a rally in Murombedzi, Mugabe's village some 100 km west of the capital Harare, his predecessor had been due to return on Oct. 15 but that his poor health had delayed the journey.

He did not say what treatment Mugabe had been undergoing.

"We have just received a message that he is better now and will return on November 30. He can no longer walk but we will continue taking care of him," Mnangagwa said, referring to Mugabe by his totem name Gushungo.

During his later years in power, Mugabe made several medical trips to Singapore.

IN PICTURES: The life and times of Robert Mugabe

Officials often said he was being treated for a cataract, denying frequent reports by private local media that he had prostate cancer.

When the army rolled its tanks into Harare, military leaders said they were targeting "criminals around the president." A bitter Mugabe said later, however, that the army's action had forced him to resign.