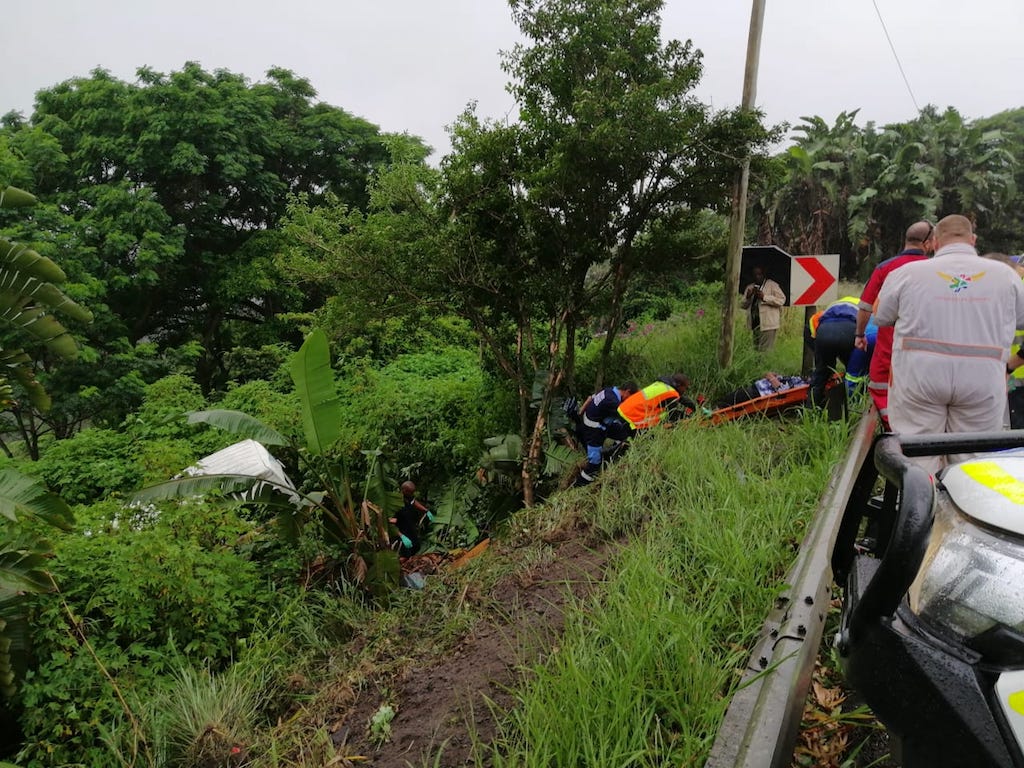 Netcare 911 responded to reports of a collision on the M13 King Cetshwayo Highway in Kloof Durban West Region on Sunday.

DURBAN - Netcare 911 responded to reports of a collision on Sunday afternoon on the M13 King Cetshwayo Highway in Kloof Durban Region according to a statement by Arrive Alive.

Reports from the scene indicate that the driver of a mini-bus taxi lost control resulting in a rollover down an embankment.

Medics assessed the scene and found that multiple people had sustained minor to moderate injuries.

The patients were treated on scene before being transported by various ambulance services to hospital for further treatment.