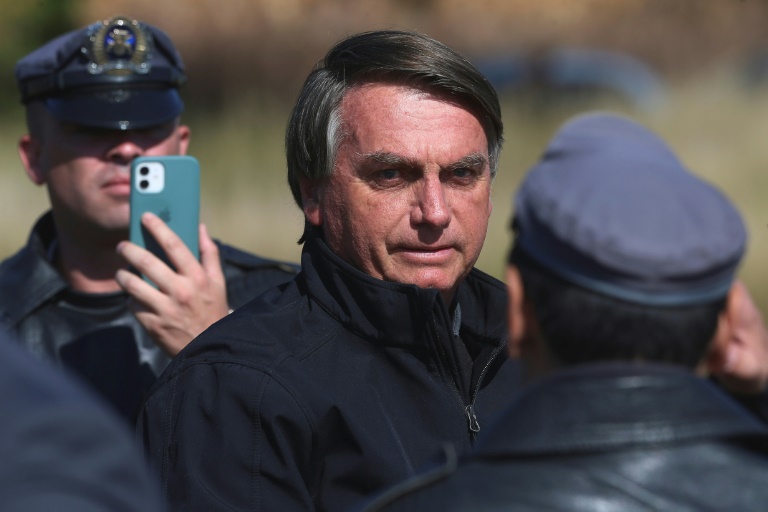 PORTO FELIZ - Billionaire Elon Musk jetted into Brazil Friday to meet far-right President Jair Bolsonaro and unveil a project to link thousands of Amazonian schools to the internet and expand satellite monitoring of the rainforest.

The two men met at a luxury hotel in Porto Feliz, some 100 kilometers (60 miles) outside Sao Paulo, with executives of several Brazilian companies present.

"Super excited to be in Brazil for launch of Starlink for 19,000 unconnected schools in rural areas & environmental monitoring of Amazon!" tweeted Musk of the project.

In comments made at the meeting, snippets of which were shared on social media, the CEO of SpaceX and Tesla said the project would be "really good" for "deforestation... for education (and), environmental reasons."

No further details were released of the deal, and journalists were kept at a distance from the meeting venue.

Amazon destruction has risen sharply under the government of Bolsonaro, who is accused of promoting impunity for gold miners, farmers and timber traffickers who illegally clear the rainforest.

The president, however, claimed Friday the new project would reveal the "truth" about the state of the Amazon: "the exuberance of this region, how it is preserved by us."

Experts point out there are already projects in place to monitor Brazilian deforestation.

"What is missing is action, not monitoring," said Tasso Azevedo, coordinator of Mapbiomas -- a consortium of NGOs, universities and startups that does exactly such work with satellite images.

Bolsonaro told Musk his announcement last month of a $44 billion bid for Twitter had come as a "ray of hope."

The offer has since been suspended, with Musk demanding proof of the number of Twitter spam accounts. 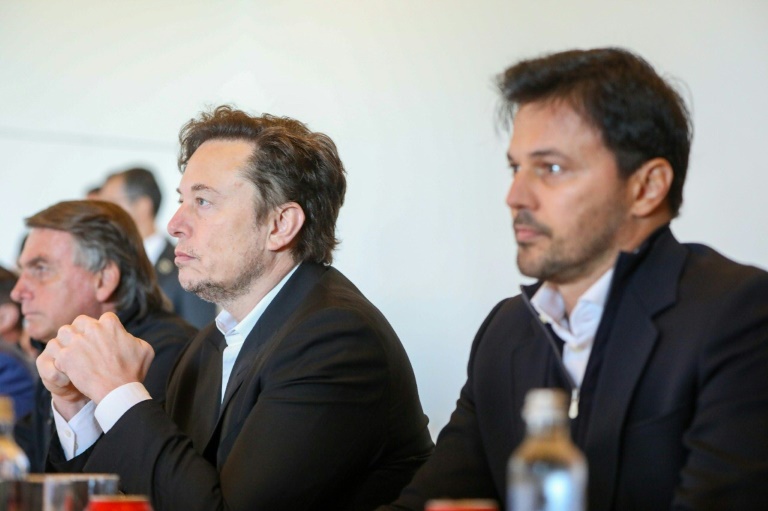 The meeting between Brazilian President Jair Bolsonaro (L), his Communication Minister Fabio Faria (R) and SpaceX CEO Elon Musk was kept under wraps until just hours before it happened.

Bolsonaro has had several social media posts deleted over the years amid accusations that he uses fake news as a political weapon, and has welcomed Musk's statements on loosening restrictions in the name of free expression.

The billionaire had vowed, among other things, to reinstate the account of ex-president Donald Trump -- a political idol of Bolsonaro's.

"His possible acquisition of Twitter was seen as good news because it would supposedly end the restrictions" ahead elections in October.

Bolsonaro tweeted a photograph of him and Musk shaking hands, and said they had also discussed "the use of technology... in the realization of Brazil's economic potential."

The meeting was kept under wraps until just hours before it happened.

Musk is listed by Forbes as the world's wealthiest person, with a fortune of more than $200 billion. 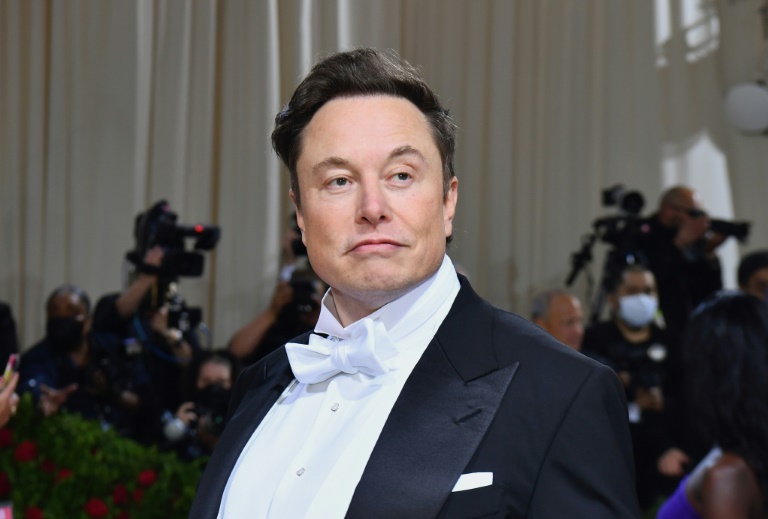 Tesla CEO Elon Musk, pictured in New York on May 2, 2022, is listed by Forbes as the world's wealthiest person, with a fortune of more than $200 billion

"Since we are going to connect the Amazon, we brought one of the largest entrepreneurs in the world to help us in this mission," tweeted Communications Minister Fabio Faria, who met Musk in Texas last November.

At the time, the government announced it was negotiating with SpaceX for satellite access.

SpaceX has thousands of Starlink satellites in orbit to provide high-speed internet, especially to areas underserved by fixed and mobile networks.

Many more launches are planned to expand the service that has more than 100,000 subscribers worldwide.

Friday's meeting came hours after Musk rejected allegations on Twitter that he had groped a flight attendant and exposed himself to her six years ago.

Musk tweeted that the latest "attacks" on him were related to his plans to "restore free speech to Twitter & vote Republican."

By Florence Goisnard With Jordi Miro In Brasilia