'My body my choice': Thousands rally across US for abortion rights 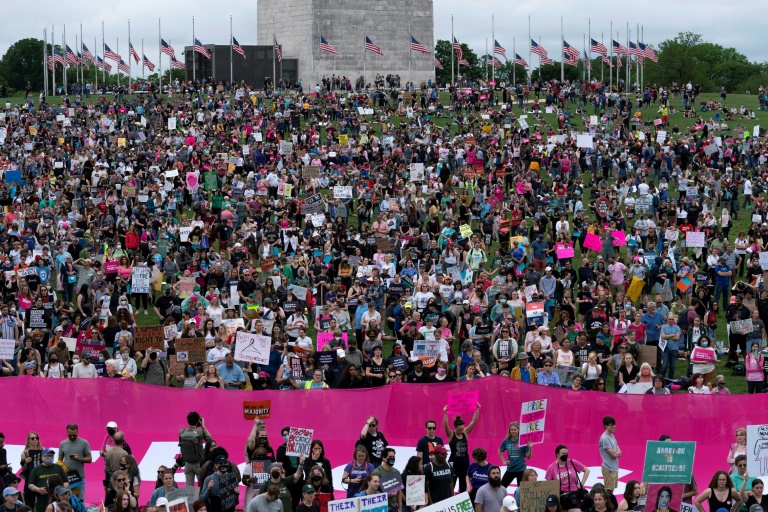 Abortion rights activist rally at the Washington Monument before a march to the US Supreme Court in Washington, DC, on May 14, 2022

Thousands of activists, many in pink, took to the streets across the United States on Saturday in a national day of action calling for safe and legal access to abortion.

"I just think that nobody has the right to make a decision on somebody else's body," said Hanna Williamson, 20, from the city of Suffolk, Virginia, who drove three hours to join several thousand protesters in Washington. "I think it should be left up to every individual. I am fighting for everyone else's rights in this."

About 3,000 people assembled in a central square in Brooklyn and prepared to carry a giant pink banner that read: "Our Bodies. Our Futures. Our Abortions." The protesters, who included Democratic Senate Majority Leader Chuck Schumer and other influential Democrats, were of all genders and ages and many wore green.

"These are a group of people in this country who are working to dismantle 60 years of civil rights and civil liberties of the United States of America," Linda Sarsour, a women's rights activist, told AFP.

"And so we respect everybody's right to hold whatever religious belief or whatever opinion they have on an issue like abortion, women's reproductive rights, but what we want you to know is that you can be you and allow people to still have access to safe, affordable, women's reproductive (care)," Sarsour said. 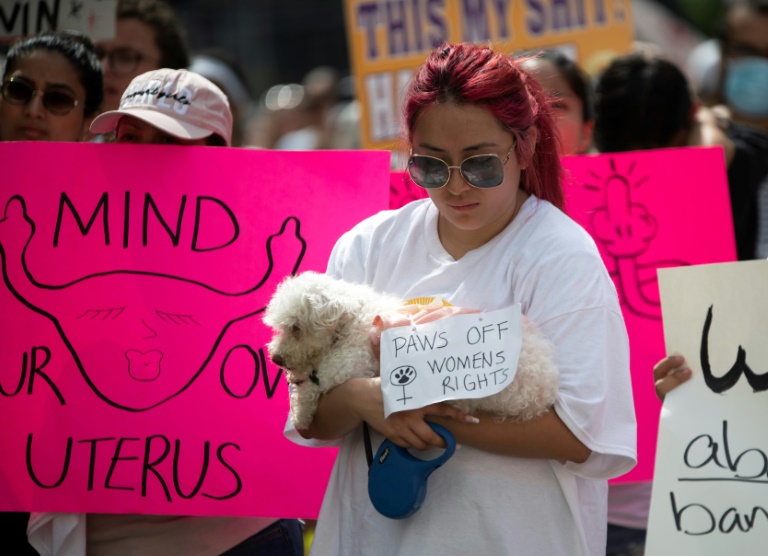 Demonstrators gather outside the Houston, Texas, City Hall during a "Bans Off Our Bodies" rally on May 14, 2022

Thousands also rallied in Texas and Kentucky, and more protests were planned in other major cities as well as at hundreds of smaller events across the country.

"This Saturday, our elected leaders hear us, Supreme Court justices hear us, companies who've funded anti-abortion interests hear us," Sonja Spoo, director of reproductive rights campaigns at the advocacy organization UltraViolet, said in a statement to AFP earlier in the day.

"We will be prepared to meet the moment, whether that's rallying in the streets, petitioning state officials -- whatever it takes."

The leak of the draft opinion has ignited fury over the potential rollback of abortion rights ahead of November's key midterm elections, when control of both congressional chambers is at stake.

Democrats have pushed to codify abortion rights into federal law, a bid to pin down Republicans on the deeply divisive issue ahead of the crucial polls.

But Republicans and one Democrat in the US Senate tanked the effort to advance the measure earlier this week. 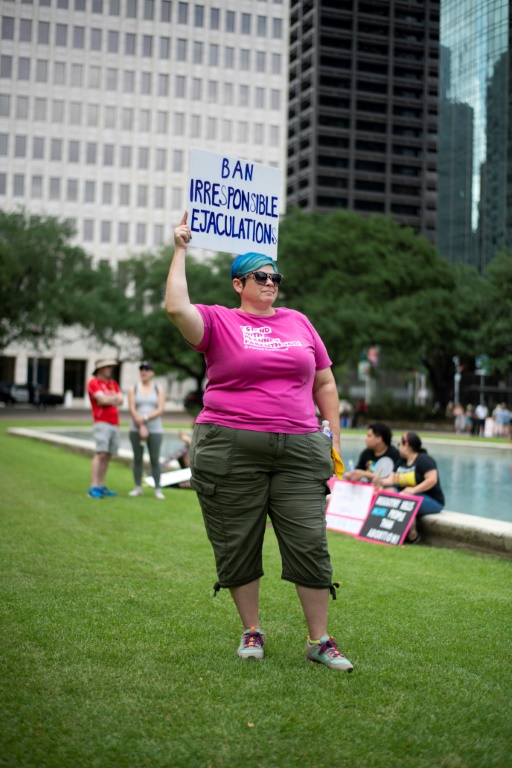 The legislative result does not square with American opinion at large: a new Politico/Morning Consult poll has 53 percent of voters saying Roe should not be overturned, up three percentage points since last week, while 58 percent said it was important to vote for a candidate who supports abortion access.

Republican-controlled states already have taken steps to restrict abortion rights in recent months, and overturning Roe v. Wade would grant them far greater latitude to restrict or ban the procedure.

The right to access abortion has long triggered activism, but the Supreme Court leak has spurred an uptick in demonstrations, including outside the homes of justices. 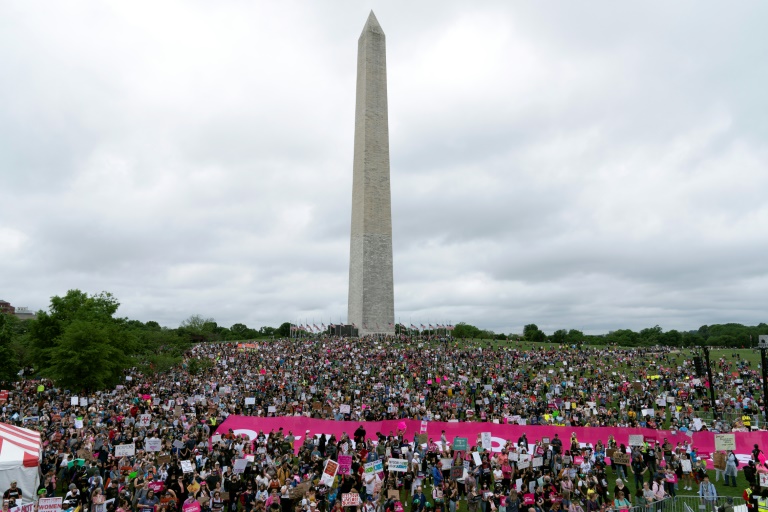 The largely peaceful protests have drawn Republican criticism over privacy rights of court members, but activists have responded by pointing to years of often violent protests outside abortion clinics and at the homes of doctors providing the medical procedure.

And many have cited the pending Supreme Court decision as a far greater invasion of privacy.

In Washington, protesters, many dressed in pink or carrying pink posters, marched toward the Supreme Court. Some carried placards that read "My body my choice" and "Keep your laws off my body." 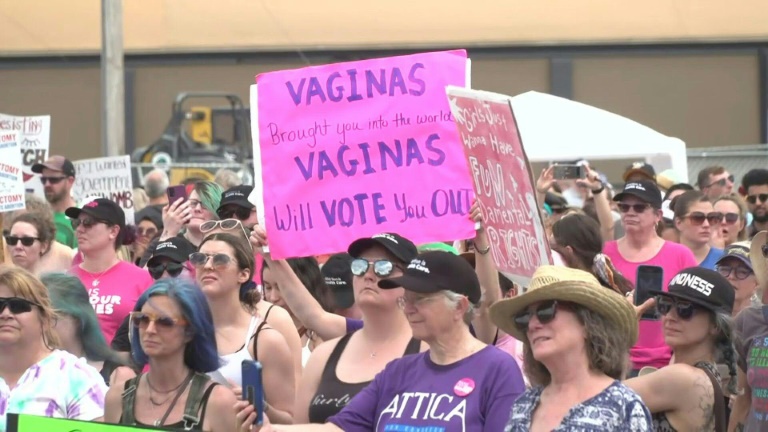 About a thousand abortion rights protesters gather outside the Planned Parenthood clinic in Louisville, one of the two abortion providers in Kentucky

"And it's important for us to speak up for that and the best way to do that is through protest. The reason I’m here is for those women, the future generations," she added.