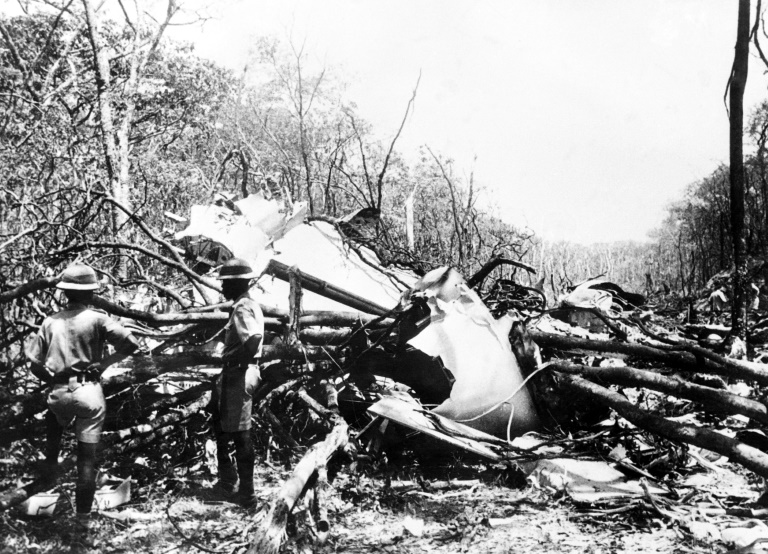 Debris of the plane crash in which Dag Hammarskjöld died near Ndola in Northern Rhodesia (today's Zambia). AFP

PARIS - The mystery of how the hugely courageous UN secretary general Dag Hammarskjold died 60 years ago has only thickened since his plane crashed in the African bush, killing all on board.

Was the Swede, who was posthumously awarded the Nobel Peace Prize, murdered by rebels and mercenaries working in cahoots with Western intelligence agencies and mining companies, or was pilot error to blame?

A long-running investigation by the British newspaper The Observer found that London and Washington had much to answer for.

And an award-winning 2019 documentary "Cold Case Hammarskjold" pointed the finger at a Belgian mercenary pilot with links to British intelligence.

The tragedy happened on the night of September 17-18, 1961 as the UN's DC-6 Albertina aircraft took Hammarskjold and his team to Ndola in what was then the British colony of Northern Rhodesia (now Zambia). 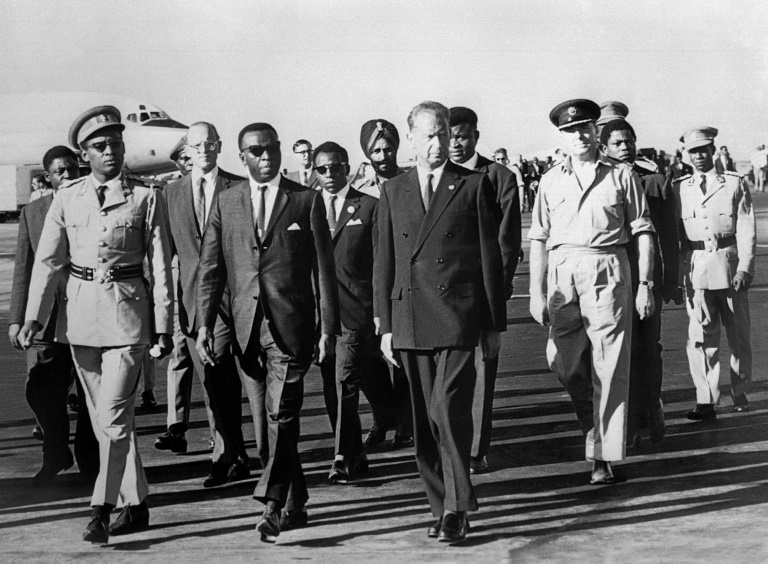 He was headed there to negotiate a ceasefire with Moise Tshombe, leader of the secessionist Katanga state that was seeking to break from the former Belgian Congo after independence that June.

The Cold War was at its height and the dashing and dynamic Hammarskjold, the youngest person ever to lead the UN, was determined to defend the international body's independence from Washington and Moscow as well as the old colonial powers.

The trip was being closely monitored by the big powers all of whom had an eye on Katanga's vast mineral riches of copper, cobalt and uranium.

Hammarskjold's aircraft never arrived at its destination. At dawn calls to neighbouring airports all came back with the same answer: no radio contact had been made with the missing plane. 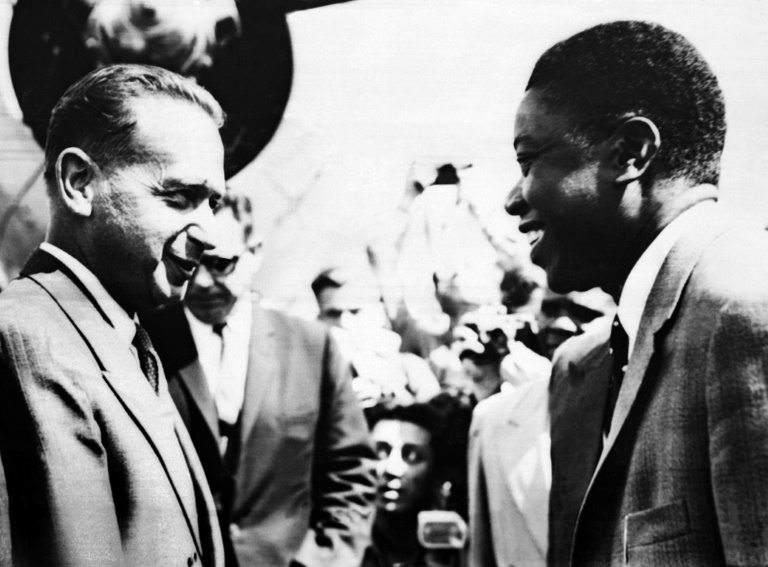 Hammarskjold (L) meets with the head of the State of Katanga Moise Tshombe in August 1961. AFP

After several hours searching, the debris of the Albertina along with 16 bodies, including Hammarskjold and one sole survivor, were found in a forest about 12km from Ndola airport.

Sergeant Harold Julian, an American serving as a UN security officer, was in a critical condition and he died days later, but he said there had been a strong explosion on board, followed by smaller blasts.

Rumours of sabotage were quickly denied and the initial investigations pointed to a pilot error as the cause.

Two former UN representatives in Katanga said in 1992 they were "convinced" the crash had been caused by shots fired by two planes chartered by "European industrialists" who "controlled Katanga".

A fresh development came in 1998 when the Truth and Reconciliation Commission (TRC) was set up in South Africa to try the abuses committed under the apartheid regime.

But the original documents unearthed by the commission have since disappeared and Britain's Foreign Office has denied the accusations.

In 2015 after a report carried out by independent experts, the UN accepted the theory that the plane was shot down and said the investigation should continue.

Then-UN chief Ban Ki-moon urged member states to disclose any information they may have had.

This was an allusion to cockpit recordings and radio messages the US intelligence agency NSA is said to have had in 1961.

But in 2019 Moon said no further information had been received.

Heel-dragging by the US and UK has also been at the heart of the investigation carried out over several years by The Observer.

In 2019 the paper cited a report from Mohamed Chande Othman, a former chief justice of Tanzania appointed by the UN to review the case.

Britain and the US, Othman suggested, were dragging their heels despite likely holding "important undisclosed information".

The paper said the Belgian pilot suspected of shooting the plane down was not aware Hammarskjold was on board. He later confessed his part to a friend, who recorded the conservation.

The UN has extended its investigation and hopes for new leads are now pinned on the declassification of archives related to the case.

With Hammarskjold's family holding a ceremony in Sweden to mark the anniversary, his cousin's grandson Peder Hammarskiold, called on governments to finally come clean.

"Some countries in the UN investigation have not been forthcoming, such as Belgium and the US.

"We would welcome more openness, it has been a long time since his death."