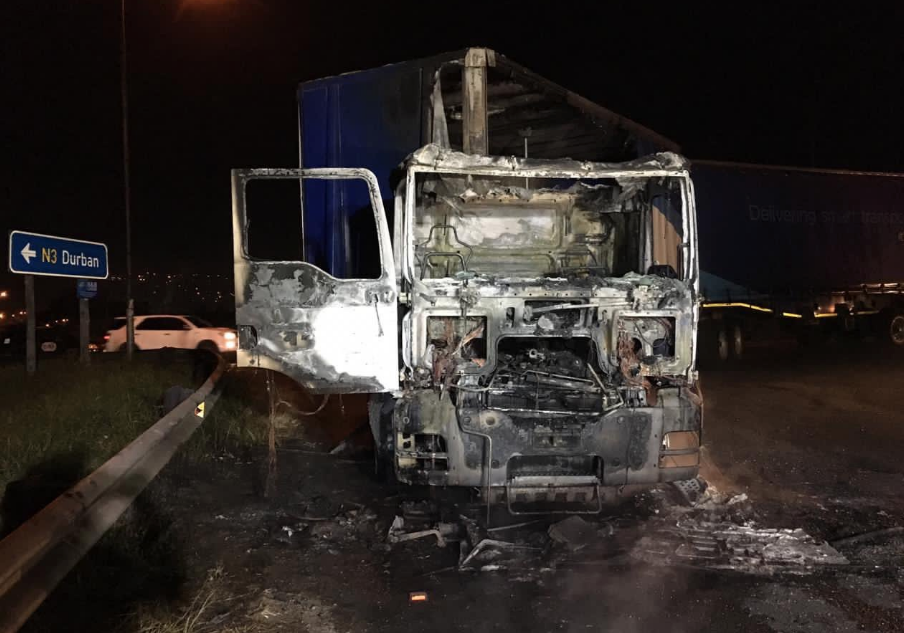 File: The trucks were carrying an assortment of goods, among them soft drinks, potatoes and paving bricks. Twitter/@Abramjee

JOHANNESBURG - Clean-up and recovery operations are under way on the N3 following the petrol bombing of 15 trucks in Heidelberg and Vosloorus.

It’s alleged the trucks were petrol bombed by occupants of several vehicles, including a Toyota Quantum.

It’s believed the assailants forced the trucks to come to a halt by pretending to have been in an accident.

The trucks were carrying an assortment of goods, among them soft drinks, potatoes and paving bricks.

A suspect, who had a previous arrest warrant, has been detained for questioning.