Nadal feared he would never play again after foot injury 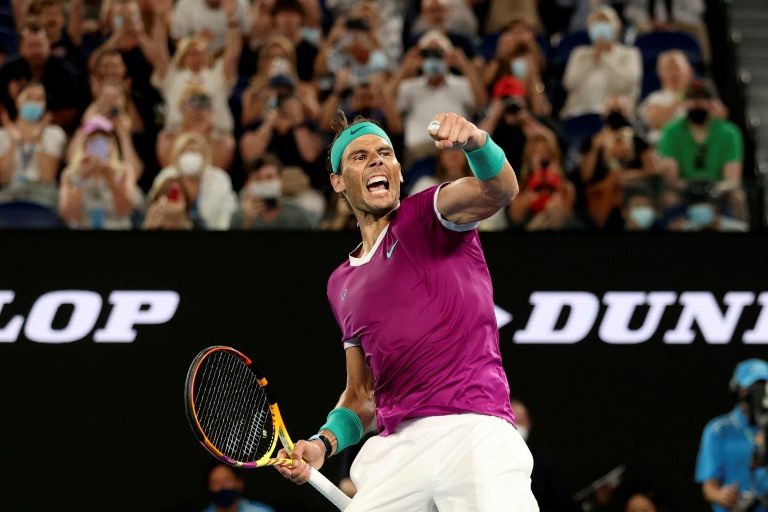 MELBOURNE - Rafael Nadal said on Friday that his foot injury last year was so bad he thought he might never play tennis again.

The Spanish great is chasing a men's record 21st Grand Slam at the Australian Open, where he steamed into the fourth round with a four-set victory over Russian 28th seed Karen Khachanov.

Speaking after his 6-3, 6-2, 3-6, 6-1 victory in a late-night match on Rod Laver Arena, the 35-year-old Spaniard laid bare the extent of the foot problem that ended his year on the tour in August.

Nadal suffers from Mueller-Weiss syndrome, a degenerative disease that causes a deformity of one of the bones in the central part of the foot.

"Not (only) about Australian Open, no, but about coming back on the tour because the foot was bothering a lot of days.

"Of course, still today are doubts because the foot, as I said the other day, it is an injury we cannot fix... so we need to find a way that the pain is under control to play, to keep playing. That's the goal."

Nadal, who has seen the draw open up for him with the deportation of defending champion Novak Djokovic, dropped a set for the first time this week against Khachanov.

But he called it his best performance since returning to the tour at the start of the year.

Nadal will face unseeded Frenchman Adrian Mannarino in the last 16.

"It's a very special week for me coming back from where I have been, every time I come back here to play is a very special thing," Nadal told the crowd, a nod to his foot issue.

"I had my best match so far without a doubt since I came back.

"I went through some very tough times in the last year and a half, but nights like this mean everything to me, that's a lot of energy in my pocket to keep going, keep fighting every single day."

The big-hitting Russian had no answers for the quality of Nadal's shotmaking in the opening two sets, with the Spaniard looking in sparkling form in the year's first major.

Just when it looked as though Nadal was about to have an early night, Khachanov fought back to take the third set and stop the Spaniard's momentum.

But Nadal bounced back with a break in the fourth set with a laser down-the-line backhand winner which prompted a screaming fist-pumping celebration.

It was all Nadal from there to take the match as he reached the round of 16 in Melbourne for the 15th time. He won the title in 2009.